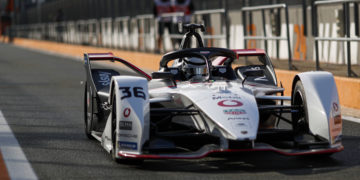 Lotterer fastest on day 1 of testing

Lotterer fastest on day 1 of testing 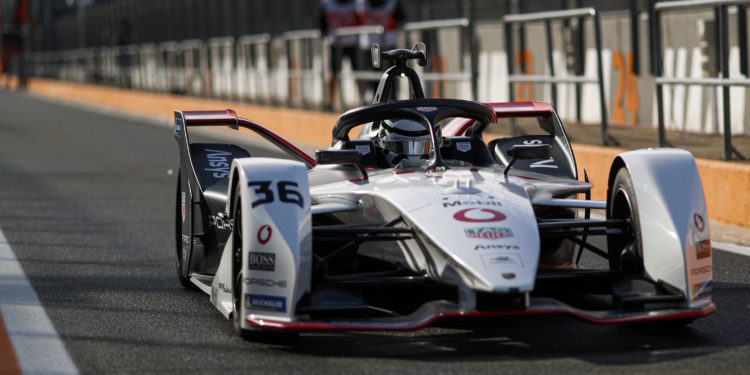 The first day of pre-season 7 testing in Valencia ended with Andre Lotterer setting the fastest time for the Tag Heuer Porsche team.

After a wet morning session, the track dried during the afternoon allowing Lotterer to set a 1:12.519, over five seconds faster than the top time from the morning which had been set by Edoardo Mortara in the Rokit Venturi.

“P1 is always a good thing,” said Lotterer at the end of the day. “But the priority was to find out more about the car and get through our testing programme. We almost managed to do everything we wanted to do today. It’s a never-ending process to find a better car balance and we’re never happy. There’s plenty to do better and it’s a tight gap to P2, so we need to keep working hard in the next few days.”

The two DS Techeetah cars with double champion, Jean-Eric Vergne, and reigning champion, Antonio Felix da Costa, were second and third. Envision Virgin Racing’s new signing, Nick Cassidy, slotted his car into fourth with a 1:12.689. Cassidy had his first taste of Formula E back at the Marrakesh rookie test in March where he topped the times, beating Nico Mueller’s lap record from the previous year’s test.

Alexander Sims was fifth in his first outing for Mahindra Racing, while Rene Rast was the fastest of the Audi Sport Abt Schaeffler cars in sixth. Norman Nato brought the day’s track action to a slightly early end after he beached his Venturi in the gravel with just over ten minutes to go. Prior to that, the Frenchman had set a 1:12.777, which left him seventh fastest of the day.

Eighth was Nico Mueller in the Dragon/Penske Autosport car. Mueller is widely expected to retain his seat at Dragon, however the team haven’t official announced whether it will be the Swiss or someone else driving the #6 car for 2021.

Jake Dennis made it a clean sweep of rookies in the top ten after posting a 1:12.837 in the BMW i Andretti, while Robin Frijns finished tenth in the second Virgin car.

Both the morning and afternoon sessions were very competitive with the top 19 and top 18 all being within a second of each other in the respective sessions.