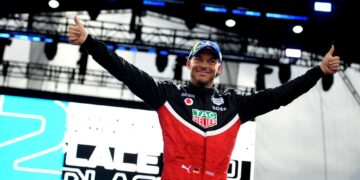 Lotterer to stay in Formula E and partner Dennis at Andretti

Lotterer to stay in Formula E and partner Dennis at Andretti 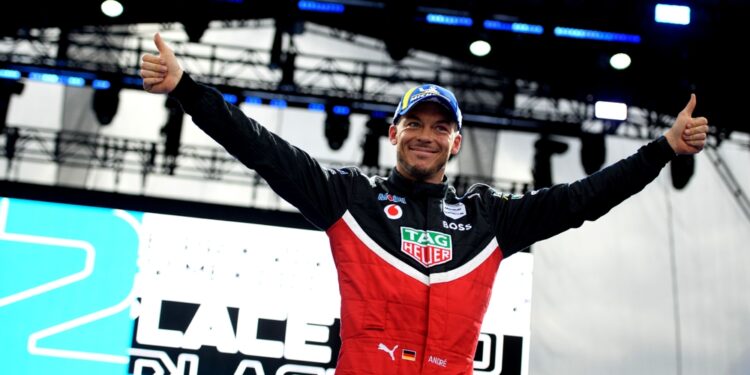 Formula E – Andre Lotterer will be on the grid again next year after signing with Andretti to drive alongside Jake Dennis for season 9.

Back in June when Porsche announced Lotterer as one of their LMDh drivers for 2023, it was also revealed that the German would not be continuing with the Porsche team in Formula E. It was assumed then that Lotterer’s time in the all-electric series would come to an end after season 8 but that will now not be and the newly announced Andretti racer will have more chances to finally get that elusive first FE victory.

“I’m excited to be joining Avalanche Andretti FE for Season 9,” Lotterer said, “and the start of the Gen3 era. Working together with Jake will be a great combination to continue to push the team to the front of the field in Formula E.”

Lotterer made his debut in season four, the last year of the Gen 1 cars, spending two seasons at Techeetah where he drove alongside Jean-Eric Vergne, before swapping to Porsche from season six where he raced first with Neel Jani and then Pascal Wehrlein.

“Andre’s experience, performance and energy will be a great addition to our team and our aim to challenge the front of the field in the series,” said Andretti Team Principal, Roger Griffiths. “With Jake as his teammate, we believe we will have a brilliant driver partnership to lead us in the series and help our team to continue to grow with our fans and sponsors.”

While Michael Andretti, the team’s CEO and Chairman added that: “We’re always building to be at the front of each series we compete in. Andre is bringing a wealth of experience to Avalanche Andretti and is another step in creating a team that can challenge for wins and the World Championship. We are looking forward to him joining alongside Jake to create a competitive and exciting line up.”

Andretti had been partnered with and powered by BMW for the Gen 2 era and after the manufacturer departed the series after season 7, they were able to continue with the BMW power unit they had but for the Gen 3 debut next year the American team will be Porsche powered.

“Porsche will have a customer team in the Formula E project for the first time with Avalanche Andretti FE,” Florian Modlinger, Director Factory Motorsport Formula E, said. “We are really looking forward to this and it’s very important for us as we will see four 99X Electric on the grid. With good cooperation we can get more data and learn more especially with the new Gen3 car – this will be a valuable experience.