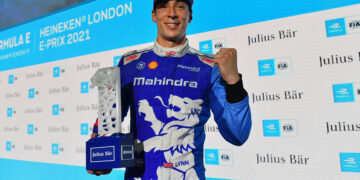 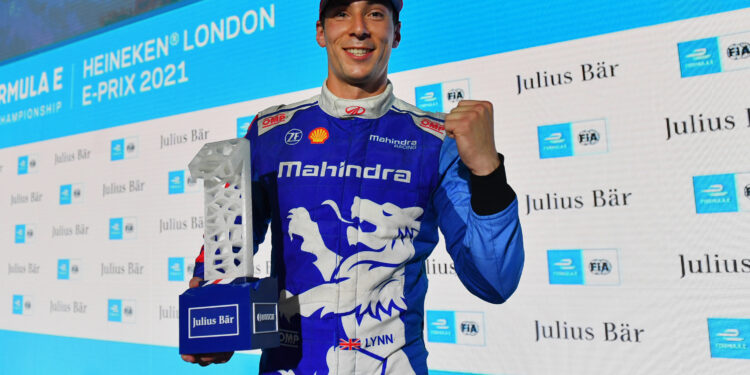 
After having pole in one of each of the first two double-headers of the year, Mercedes EQ were back at the head of the grid for the second of the London races. Stoffel Vandoorne leading Nissan e.dams’ Oliver Rowland away at the start and unusually there were no position changes in the top ten at the get go. It was a mega start from Vandoorne as he ended the first lap 1.2 seconds further up the road than Rowland.

It was another nightmare start for Alexander Sims, after getting hit and stopping after just a few corners yesterday, the British driver got a puncture on lap one today and while he was able to make it to the pits and change the tyre, he returned to the race a minute behind the leader.

Lap two saw the first big position change, as Nyck de Vries slipped down the inside of Lynn into T10 to take the final podium spot but the Mercedes driver then told his team he’d bent his steering slightly. Five minutes into the race and Rowland was the first of the top drivers to activate Attack Mode and lost P2 to de Vries as he did. Both Mercedes took their first activations the following lap and initially held the top two places but the Nissan did manage to get between them not long later.

The first big moment of the race came just less than 10 minutes in when Sebastien Buemi and Rene Rast were fighting over P11 and came to blows at T10. The Nissan and Audi did a very good impression of bumper cars at the hairpins leaving Rast stranded on track with the front end of his car scattered all over the track. The Safety Car was brought out, removing Vandoorne’s buffer, and Buemi was handed a 10 second stop and go penalty a few minutes later.

The leading Mercedes made a great restart and had pulled a gap of 0.8 seconds by the time he’d reached the start line. The race was only green for another few laps as Andre Lotterer put Antonio Felix da Costa into the wall on the start/finish straight as the DS Techeetah went to overtake him for P11. The reigning champion’s car was too damaged and ended in the run-off while Lotterer was awarded a drive through penalty for the incident.

The Safety Car returned to the track and while it was out, the strangest moment of the race occured. For some reason Lucas di Grassi, who was P8, drove through the pit lane and emerged right behind the Safety Car and in the lead of the race.

The race went green again with half the race left and saw Rowland hit the bump just before T10 causing him to lock up and go straight into the side of Vandoorne, who was turning into the corner. That dropped the two of them well back out of the points and the Nissan driver also got a 5 second time penalty.

As it was yesterday, FanBoost played an important part as Lynn used his to get past de Vries for P2 while behind them it was Evans and Frijns on the move as the Kiwi had moved past Guenther for P6 at the restart and heading into the final ten minutes the Virgin racing driver went around the outside of Guenther at T1 and it was a battle between the Jaguar and Virgin for the remainder of the race.

With 8 minutes on the clock di Grassi was handed a drive through penalty but didn’t serve it as Audi were arguing that as the Brazilian had stopped briefly at the Audi garage when he did pit, that he had followed the regulations. With 90 seconds left, Bird and Norman Nato collided at T10 and their cars were left intertwined and stranded on track but possibly the most magic moment of the race was that the marshals had the track clear and back to racing with 30 seconds left.

On the final lap di Grassi was given a black flag for failing to serve his drive through, while that would usually mean disqualification, the Audi driver is instead currently classified P8. That meant Lynn, yesterday’s polesitter and eventual P3, took the win and made it two for two with British winners in London this weekend.

Di Grassi is currently classified P8 ahead of Sergio Sette Camara while yesterday’s winner, Jake Dennis, ended P10. Dennis had been holding eighth but served a drive through in the final laps for a throttle map infringement.