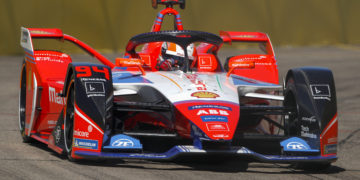 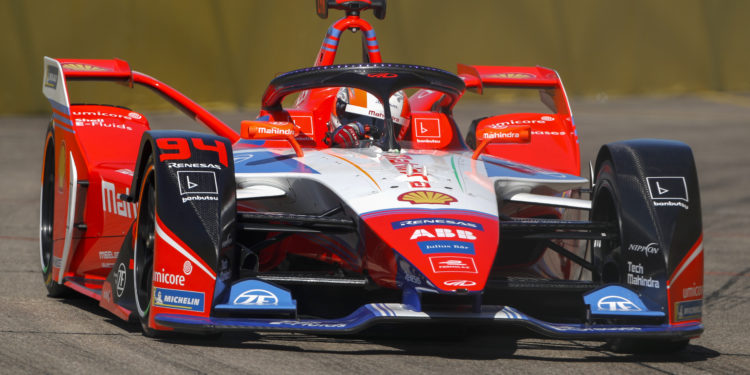 Mahindra Racing have become the first Formula E team to be awarded Three-Star Excellence by the FIA’s Environmental Accreditation Programme.

The FIA’s programme has a three-level framework to allow motorsport and mobility stakeholders to accredit their environmental performance activities. Mahindra, who have been part of the Formula E grid since the beginning, have celebrated eighteen podiums over the six seasons including four visits to the top step.

The Indian team received their first Two-Star Accreditation in November 2016, that award was reconfirmed two years later but with the efforts Mahindra have made since then, they now move to the highest level.

They become the first of the Formula E teams to achieve the award and are only the second motorsport team in the world, after McLaren Racing team in Formula 1, to reach that level. This new sustainability news comes just a week after Formula E became certified as the first sport to have a net zero carbon footprint dating back to its inception.

“Sustainability is not a buzz word for us,” Mahindra’s CEO and Team Principal, Dilbagh Gill, said. “It is ingrained into our ethos and a big part of the reason we are racing in Formula E; working to develop and promote cutting edge EV technology and to promote the ‘race to road’ programme to improve the next generation of consumer electric vehicles.

“Our parent company Mahindra Group is a pioneer in the development of electric vehicles. Formula E is an integral part of Mahindra’s vision to develop advanced yet affordable EV products. Over the six years of the Formula E project to date, we have been working tirelessly not only on our racing programme and race to road, but on walking the walk, in terms of our sustainability talk.

“I could not be prouder of the team for the hard work and dedication, which has now resulted in this historic moment of receiving Three-Star accreditation from the FIA. 2020 has been incredibly tough and, for me, it is a special moment to be able to take a huge positive from the most challenging of situations.”

Mahindra Racing have been participating in the Mahindra Hariyali initiative, where Hariyali is the Hindi word for greenery, which commits to planting one million trees per annum. The initiative has seen eighteen million trees planted over the past thirteen years and is one of the ways the Mahindra Group works towards group-wide carbon neutrality by 2040.

Mahindra were congratulated on their achievement by Formula E CEO, Jamie Reigle, and FIA President, Jean Todt, who applauded the team’s commitment to environmental best practice and counteracting climate change.

“Back in Season 1, Formula E was proud to become the first FIA championship to achieve Three-Star Accreditation. Today, Mahindra Racing, who have been on the grid since our inaugural race, become our first team confirmed to have achieved this landmark.”

While Todt commented that “As sustainable and responsible motor sport is a priority for the FIA, I am pleased that Mahindra Racing has achieved this milestone. Energy efficiency is in the DNA of the FIA and Formula E and this new step forward is another proof of our commitment to environmental best practice. I now urge the other teams to walk in the footsteps of Mahindra Racing.”

For next season, the first Formula E World Championship, Mahindra still have one seat available in their team having only announced Alexander Sims as part of their 2020-2021 line-up so far.