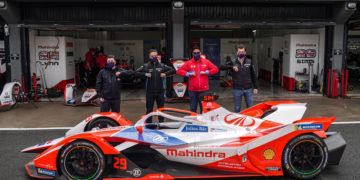 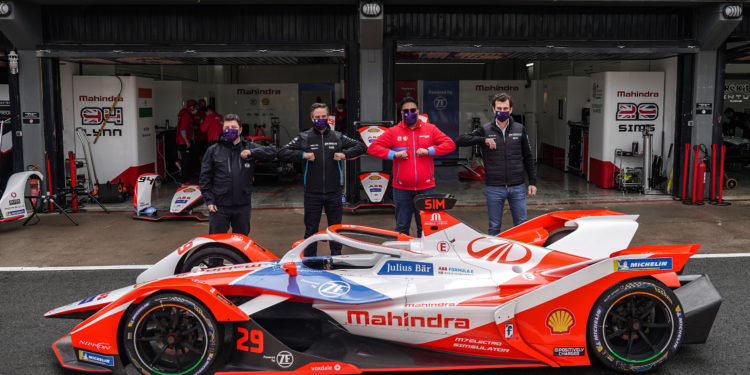 Mahindra Racing have become the first team to sign up for Formula E’s Gen3 years which will begin with season 9 in 2022/2023.

Having joined the all-electric series for its inaugural season, Mahindra have embraced the forward thinking and sustainability aspects of the venture as much as they have the racing side of things. Aside from their haul of 18 podiums, including four victories, the Indian team have been one of the most committed to being as eco-friendly as possible.

Back in September Mahindra received the FIA Environmental Accreditation Programme’s highest sustainability level, Three Star Excellence, becoming the first of the Formula E team, and only the second motorsport team in the world, to do so.

As the current Gen2 car was a big step up from the Gen1, the Gen3 car will also see significant technical changes resulting in a lighter and faster race car. Tenders for battery, chassis and tyres were launched last December and have since been won by Williams Advanced Engineering, Spark Racing Technologies, and Hankook respectively.

This will be a continuation of work for Spark, who have created all the Formula E cars so far, and a return for Williams Advanced Engineering who created the initial Gen1 battery but lost out to McLaren Applied Technologies during the Gen2 tendering process. Michelin have supplied the series since the beginning and had been expected to continue, however Hankook, a South Korean company noted for their sustainability, emerged successful following the tender process.

The new specification car aims to be 120kg lighter than the current version and increase battery output by 100kW to have a maximum of 350kW available to the drivers. The battery will also be able to fast charge, meaning that mid-race pit stops could make a return and see cars being fully recharged in 30 seconds using a 600kW rapid charger.

“By committing early to Gen3,” said Mahindra Racing CEO and Team Principal, Dilbagh Gill. “Mahindra Racing is continuing its journey, which it started by becoming the first OEM to sign up to the championship back in 2013. As the greenest team in motorsport, Formula E is the perfect home for us; a place where we can demonstrate our performance and sustainability credentials both on and off the track.

While Mahindra’s Chairman, Dr. Pawan Goenka said Formula E was key to the Indian manufacturer’s future: “Formula E represents the cutting edge of EV technology and plays a strategic role in realising Mahindra’s vision of the Future of Mobility through our ‘Race to Road’ strategy.

“Our commitment to the Formula E Gen3 era attunes to our focus to play a strong role in the entire electric ecosystem, while we also aim to be among the most prominent manufacturers of EVs in India. We are confident that Mahindra Racing’s work on and off track with the Gen3 car will resonate and provide thrilling experiences to fans and consumers alike.”