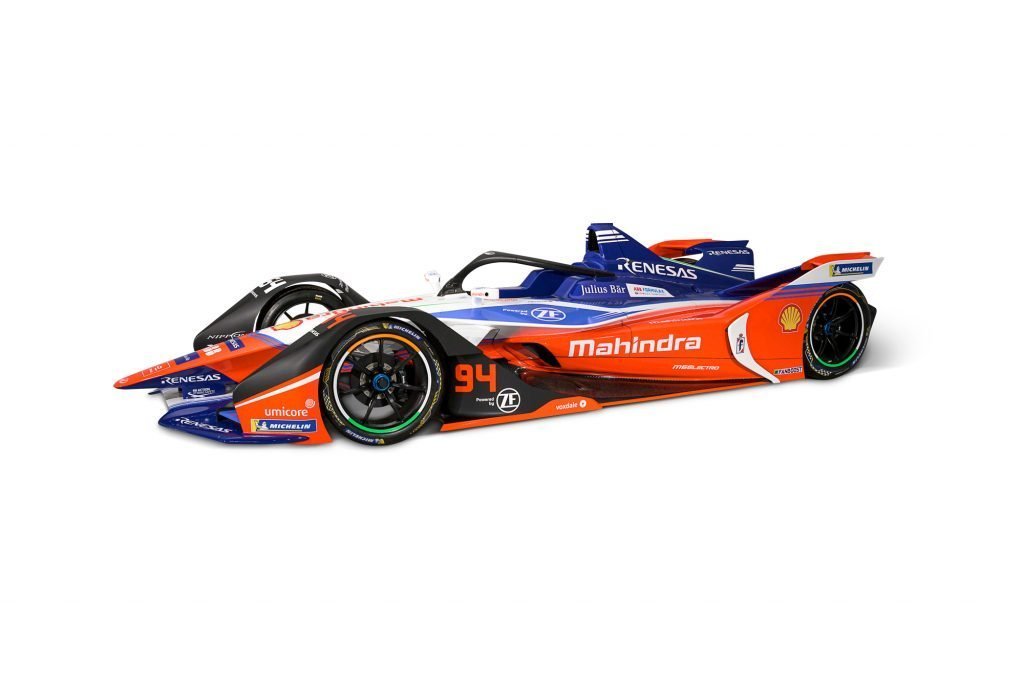 Mahindra to continue with d’Ambrosio and Wehrlein

Mahindra to continue with d’Ambrosio and Wehrlein


At their official launch in Hockenheim this evening, Mahindra Racing confirmed that both of their season 5 drivers, Jerome d’Ambrosio and Pascal Wehrlein, would stay with the team for the upcoming 2019/2020 season.

D’Ambrosio has been part of Formula E since the beginning, driving for Dragon Racing in the first four seasons before switching to Mahindra last year. The new partnership started strong with the Belgian taking third at the opening race in Ad Diriyah before securing his first on track victory of the series at the second stop on the calendar, Marrakesh.

He continued being competitive for the first half of the season but had to deal with a much tougher second half. Despite that d’Ambrosio is glad to remain with the team and is looking forward to getting back into the fight.

“I really want to thank Mahindra Racing for last year,” said d’Ambrosio. “And I am super happy to continue with the team. We had an amazing start to season five and started to show the potential we have working together as one team.”

“We know the second half of the season was challenging, but the fact that we are all sticking together for season six means we can come back stronger and consistently fight at the front for wins. I am really excited to be back and cannot wait to get the championship battle underway.”

It was an impressive rookie season for Pascal Wehrlein, it saw him take second place in his second race as well as secure pole position and lead almost until the end in his third. The young German is happy to stay with the Indian team and build on what he learnt over the past season.

“I am very happy to continue my relationship with Mahindra Racing,” said Wehrlein. “Last year was my rookie season and there were a lot of positives to take from that and build on for my second Formula E season.”

“There is a very positive and upbeat mood in the team as we’ve been working hard over the summer break and I’m really looking forward to working with the team again.”

The M6Electro got its first public showing at the launch, there were no surprises with the livery which continues the red, white and blue colour scheme now associated with Mahindra. What was new though was the announcement that ZF Friedrichshafen AG have become the team’s official powertrain partner.

Mahindra Racing’s CEO and Team Principal, Dilbagh Gill is delighted to continue with the unchanged driver line-up and welcomed their new partner, ZF, to the team.

“I am thrilled Jérôme and Pascal will both return to the team for season six,” said Gill. “Last season was one of the most challenging seasons in Formula E history in terms of competition but we believe we have one of the strongest driver line-ups on the grid to help us achieve our championship ambitions.”

“I am also delighted to welcome ZF to the Mahindra Racing family. We now have one of the most successful global players in the field of e-mobility at our side. We were highly impressed by the performance of the ZF driveline in the most recent Formula E season and together we will be even better positioned to continue celebrating success.”

The German technology company is supporting Mahindra with chassis development work, shock absorber provision and engineering services this season and is designing an electric driveline for Formula E’s seventh season in 2020/2021.

“Formula E is a great stage for ZF to demonstrate the quality and performance of our drive train solutions for the e-mobility of tomorrow,” said Wolf-Henning Scheider, CEO of ZF Friedrichshafen AG.

“In no other racing series is the transfer of expertise from motorsports to volume production development as great as in Formula E. We look forward to a successful cooperation with Mahindra Racing, and also show our commitment to India as an important growth market.”

Mahindra Racing will also continue to be supported by Nick Heidfeld, who will remain in his advisory role as well as being the team’s official test and reserve driver, and Sam Dejonghe who stays as reserve and simulator driver.