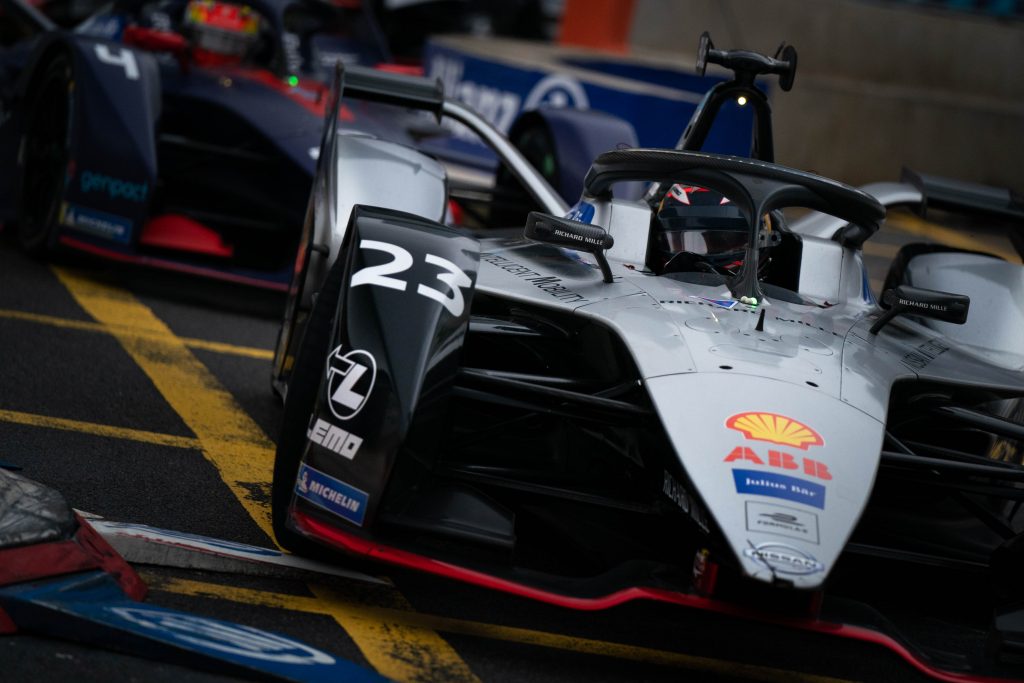 Starting from P2 after a tremendous qualifying performance, Oliver Rowland vaulted into the lead past Stoffel Vandoorne as the lights went out.

From there, Rowland led convincingly but was caught by the rapid Sam Bird as the Virgin driver also managed to quickly clear the HWA driver. With 34 minutes remaining in the race, Bird made contact with the rear of Rowland’s car at the hairpin. Immediately, Rowland slowed and was unable to continue.

“The car was fast, and I really think I could have won today.” said Rowland afterwards. The team emphasised that a mechanical problem had struck their car and that the contact from Bird didn’t trigger their retirement. “To not finish is disappointing but we’ll keep working hard to get that result that the team really deserves.”

With the Nissan team racing in just their fifth ever Formula E event since entering the series at the start of this season, to race so close to the front so quickly meant Rowland was still smiling as he left Hong Kong: “I am very pleased that in the past two race weekends I’ve been able to be a strong contender. I’m a rookie in this championship but I’ve been able to show I have the pace and my goal is obviously to take Nissan e.dams to the podium.

“We’ll regroup in China in two weeks and give it our best shot again.”

Teammate Sebastien Buemi was also running in the points in the second half of the race when his car suffered a suspension failure that took him out of the race: “The car was exceptionally strong, and I was able to move up in the race before I had the suspension issue.”

“It is disappointing, but we again showed the amazing potential of our package. Each week we are in contention, and that is what makes it tough.”

“We have no option than to continue to work hard, and that is exactly what we’ll do when we get to Sanya in two weeks.”