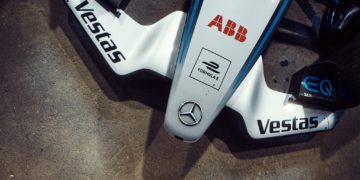 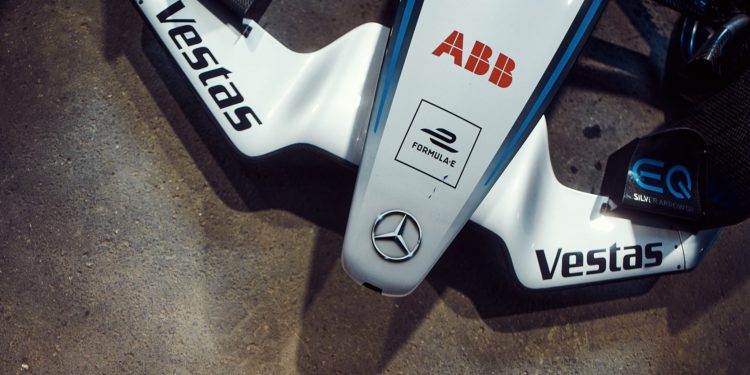 Diriyah E-Prix 2 – After having to sit out qualifying, the Mercedes powered car have been given the go ahead to race from the back of the grid.Following Edoardo Mortara’s crash at the end of FP3, the Swiss driver was being checked out in hospital and so would be missing out on qualifying. However as the session was about to start the news came in that the Stewards as Mortara’s brakes had failed, the rest of the Mercedes powered car could also be unsafe and wouldn’t be allowed take part in qualifying.

The decision read: “The Stewards don’t allow the cars of Mercedes to compete in the Qualifying session. The Competitor can not prove to the FIA Technical Delegate that the car is safe. Due to a brake failure at the end of Free Practice 3 one model of the Mercedes-EQ Silver Arrow 02 was involved in a significant accident.

“The brake system lost the front brake pressure and the pressure sensor was at 0. Both brake pedal travel sensors indicated that the brake pedal was fully pushed by the driver. Due to the short time for the start of the Qualifying a hearing of the Team Manager was not possible.”

Since then Mercedes have investigated fully and found that after the front brakes failed, their rear brake fail-safe system didn’t activate as a result of an incorrect software parameter. This has now been corrected and the FIA are happy to allow the cars to compete in the E-Prix.

The Mercedes statement in full reads: ”First and most importantly, we are pleased that Edo is safe and well following his accident in FP3.

“Our analysis since then has enabled us to understand what occurred and put in place suitable counter measures. The braking system on Formula E cars is designed so that if the front brakes fail, the rear brake system is activated as a fail-safe.

“In this instance, an incorrect software parameter that meant the rear brake system didn’t activate as intended and the fail-safe did not kick in. We have now corrected the software problem and demonstrated to the FIA’s satisfaction that the matter has been resolved.

“As a result, the FIA will permit all Mercedes-powered cars to race this evening.”

Edoardo Mortara has also made his return to the paddock and if the car can be fixed in time, will be racing this evening.