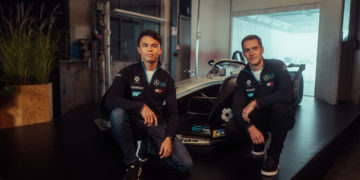 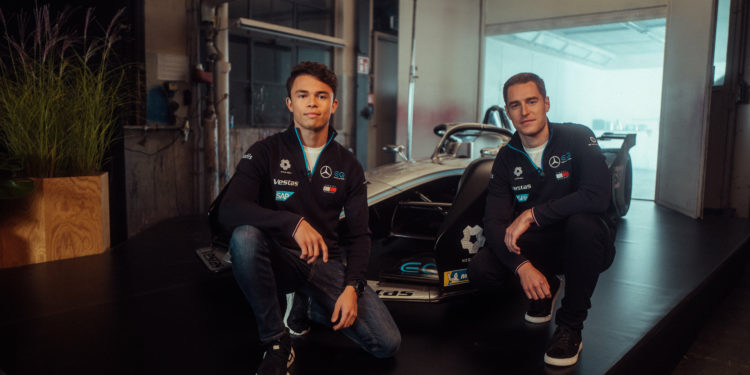 At the launch of the Mercedes-Benz EQ Silver Arrow 02, the team confirmed that they would be continuing with an unchanged driver lineup for season 7.

Mercedes’ secured a very impressive third in the Teams’ Championship in a debut Formula E season which was bookended by podiums. Stoffel Vandoorne, after a challenging year in HWA, started his Mercedes-Benz EQ career off with third places in both of the season opening races in Diriyah.

Following that, the Belgian only managed to score in half of the following eight races before a dominant display in the final race of the season saw Vandoorne start on pole and lead his teammate home to take both his, and Mercedes’, first Formula E win and first 1-2. That final race saw Vandoorne end as runner-up in the Drivers’ Championship after starting the day well down in ninth.

“I’m really looking forward to racing again,” said Vandoorne. “It seems like ages since the last time out, racing in Berlin. We’ve done some testing with the new car since then and it was real nice to get back behind the wheel but nothing can come close to the feeling of going up against the best in the field.

“I can’t wait to see how we do with our new car next year. We were able to successfully conclude last season with a win and I hope that we can fight for podiums and victories again next year and can close the gap on the guys at the top a little bit more. Let’s wait and see how it goes.”

Nyck de Vries acquitted himself very well in his debut season, scoring some solid points throughout the year and ending on a high with his first Formula E podium, a second place in the aforementioned team 1-2.

“I am honestly delighted to be able to contest a second season in Formula E with the team,” said de Vries. ”We had a strong debut season together, although it was a bit of a strange year, in which Covid-19 changed everything after a few races.

“Fortunately, we were still able to finish the season on a positive note and I’m now looking forward to what will hopefully be a more normal season in 2021. I hope too that I can get to know all the new circuits that I haven’t been able to compete on so far. I feel very comfortable in the team and hope we can use the foundations we have built together to achieve more success next year.”

Mercedes-Benz EQ Team Principal, Ian James, was happy to continue with both drivers believing that they both have exactly what is needed to compete in the all-electric series.

“We were very pleased with Stoffel and Nyck last season,” said James. “They both turned in strong performances, gained valuable experience with the team and showed that they have the right skill sets for Formula E. They are not only incredibly fast but also have the intelligence and mental capacity to deal with energy management and the unique nature of the races in Formula E. They can now bring this experience to bear in Season 7.”

After racing in Berlin with a black based livery, following the lead of the Mercedes Formula 1 team, the season 7 car will return to the silver with blue highlights as seen on the Silver Arrow 01 in the first part of last season. The Mercedes stars on the rear cover have been made bigger, while underneath them, the car will compete with an updated drive train.

Check out the gallery below to see the new car.