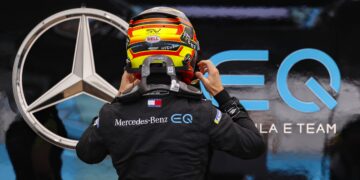 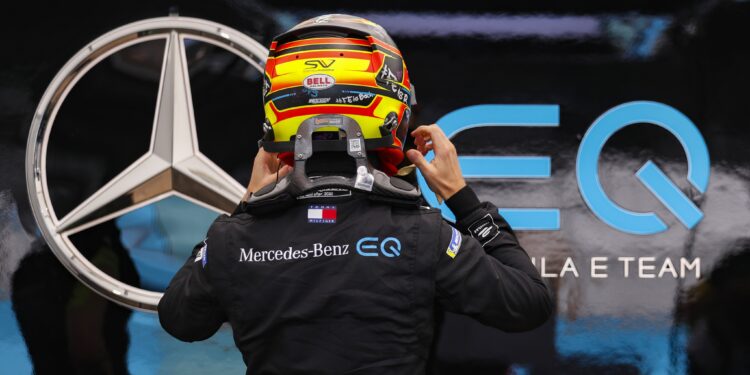 Formula E – Mercedes have confirmed rumours that they will not continue with Formula E past the Gen2 era and will leave after season 8.

Just a few days after becoming Formula E’s first World Champions, Mercedes-Benz have announced that their journey with the series after next season. Their third and final year will see them attempt to defend their titles before signing off at the same time the Gen2 cars do.

Mercedes officially joined the series for season 6 building on the experience gained by HWA Racelab in the fifth season. HWA laid the path for the German manufacturer, weathering the tough debut which saw them deal with teething problems in the first half of the championship before a podium in Rome became a breakthrough moment and saw them as regular points scorers in the second half of the year.

The Mercedes-Benz EQ Team then were able to start their Formula E journey on a high with two podiums in their debut double-header, scored well through the year and finished with a 1-2 at the final round in Berlin, ending as third in the Teams’ Championship. Their second season only went better, starting with a victory for Nyck de Vries and, after six more visits to the podium, two of those on the top step, Mercedes and de Vries ended their second year as both Teams’ and Drivers’ Champions.

While the manufacturer has announced they will be leaving the all-electric series at the end of next season, Formula E’s eighth, to focus their motorsport goals on Formula 1.

“Over the last two years, Formula E has enabled us to showcase the Mercedes-EQ brand in a highly endemic and truly innovative format,” said Bettina Fetzer, Mercedes-Benz AG’s Vice-President of Marketing.

“On a strategic level, however, Mercedes-AMG will be positioned and strengthened as our performance brand through its close alignment to our record-breaking Formula One team, and F1 will be our company’s works motorsport focus for the years ahead. We wish the Formula E championship, its stakeholders and its innovative format only the best for the future as it continues to grow, and we hope the series has a bright future.”

However, the race team’s leadership group are looking for ways to continue competing, with a sale to new owners being among the possibilities.

“We have been extremely fortunate,” said Mercedes-EQ Team Principal Ian James. “To enjoy the support of Mercedes-Benz in building a class-leading Formula E operation over the past few seasons.

“I would like to thank the company for its trust and support in our journey so far – and all the way through to what we hope will be a successful conclusion to Season 8 with a strong championship challenge. Although Mercedes-Benz has decided to leave, we recognise the value and power of Formula E; therefore, we will be exploring the best options for the team to continue competing beyond Season 8.”

“Formula E, the world’s first and only Net Zero Carbon championship, provides an unparalleled technology and marketing platform showcasing the future of electric mobility in iconic city centres around the world. We look forward to developing our championship with our partners, teams and manufacturers who share our commitment to an electric future.”

While Formula E’s CEO, Jamie Reigle, said the series will do their best to assist the race team in their search for ways to continue into season 9’s Gen3 era.

“Mercedes have been a valued partner to the ABB FIA Formula E World Championship during Gen2,” Reigle said. “We look forward to working with the team to explore options for their entry for Gen3 which commences from 2023.

“Six of the world’s leading manufacturers are committed to Formula E’s Gen3 technology roadmap and expanding calendar of global cities. In partnership with the FIA, we will introduce financial regulations to enhance the financial sustainability for Formula E’s teams and manufacturers, ensuring our sport continues to serve as the driving force in the shift to electric mobility.”