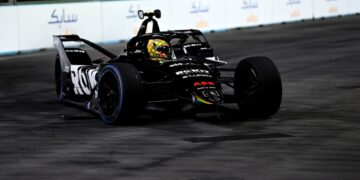 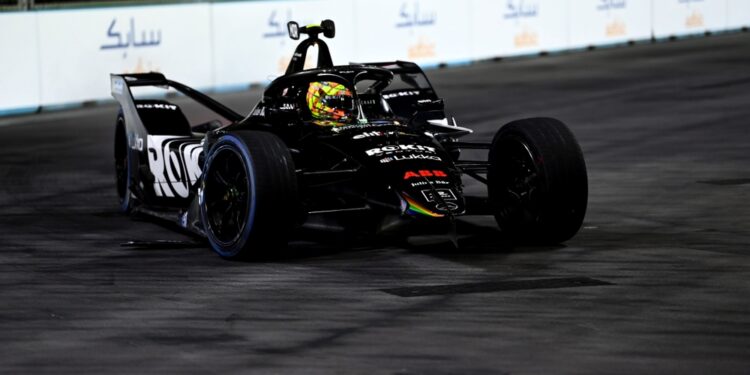 Seoul E-Prix 2 – Edoardo Mortara was fastest in the final practice of the season while championship rivals Evans and Vandoorne set similar times.

There was a big lock up for Nyck de Vries at the start of the session before he put the first time on the board, a 1:26.172. Yesterday’s race winner and one of the two left in the championship battle, Mitch Evans, returned to the pits before setting a time but was back out a few minutes later after Jaguar had checked his brakes.

Dragon will be fielding Sacha Fenestraz in the #99 car for the final day of the season after Antonio Giovinazzi hurt his wrist yesterday. Fenestraz took part in the 2020 Marrakesh Rookie Test for Jaguar and had been one of their reserve drivers for the past two seasons.

Ten minutes into the session and Stroffel Vandoorne was at the top of the times with a 1:22.352 just less than a tenth ahead of both Oliver Rowland, who took Mahindra’s first podium of the season in yesterday’s race, and Jake Dennis.

There was a brief Full Course Yellow just inside the final ten minutes when Oliver Askew stopped on track at T13. The Andretti was quickly cleared from the track and at that stage Edoardo Mortara had brought the best time down to a 1:21.349, closely followed by Antonio Felix da Costa and Dennis.

Evans ended the session in P4, though still wasn’t overly happy with his brakes, while Lucas di Grassi finished P5, just less than half a second off Mortara’s effort. Evans’ title rival, Vandoorne, was P6 just less than two tenths off the Jaguar racer’s pace.

Robin Frijns and Nick Cassidy were P7 and P9 for Envision, the two split by Porsche’s Andre Lotterer while NIO 333’s Oliver Turvey slotted into P10 with a 1:21.835, 0.001 second ahead of Lotterer’s teammate Pascal Wehrlein.

In his first Formula E session, Fenestraz was classified P22, the only driver to not make it under an eighty three second lap, posting a best of 1:23.028, but was not too far off the rest of the field just 0.035 seconds slower than Maximilian Guenther in P21.