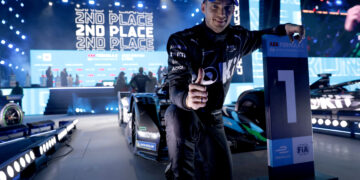 Mortara: conservative strategy meant everyone was attacking me

Mortara: conservative strategy meant everyone was attacking me 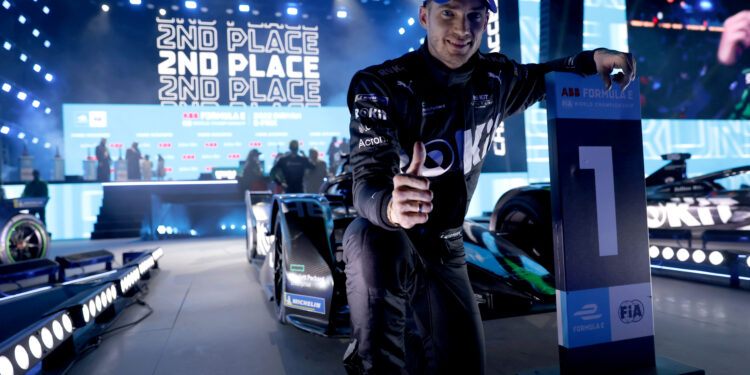 Diriyah E-Prix 2 – Edoardo Mortara took victory in yesterday’s race but his was not as straightforward as the Mercedes win in the first race of the weekend.

After crashing in qualifying on Friday, Mortara had to fight his way through to a points scoring position, Saturday though was a much more preferable way to start a season. The Venturi driver made it all the way to the final of the new knockout qualifying system but just missed out on his debut Formula E pole by a mere 0.005 seconds.

“I’ll take that,” Mortara told Nicki Shields on the podium. “I’d rather be frustrated in quali then win the race than the opposite. What a day. Especially after the mistake that we had, that I had, in qualifying yesterday. Very glad to bring the win to the team, and 1-3 so that’s amazing.”

Unlike Dennis in race 1, Mortara held his P2 at the start and it was only during his second Attack Mode period that the Swiss racer initially fell back a couple of places before using the extra power to work his way back up and then into the lead.

With the Venturi team taking a conservative approach with their energy, Mortara wasn’t able to pull a gap to his rivals and admitted that the Safety Car being deployed and remaining to the end of the race was a relief as he avoided an almost certain attempt on the lead from Frijns.

“I would say the first part of the race was pretty calm, trying to have good pace following Nyck [de Vries],” Mortara said. “I think that Nyck was trying to pull away from us and he didn’t manage to, and I managed also to save a little bit of energy. Then midway through the race, we didn’t know if it was a 41 laps race or a 40 laps race, and we went quite conservative and everybody behind me were trying to attack me.

“We changed the number of laps really late and that made it really difficult. I was basically fighting with everyone, I was trying to manage the gap good enough because on the back straight Lucas [di Grassi] and Robin [Frijns] were quicker than me, so it was for sure an eventful race but in the end I’m glad we managed to win this one.”

When the Safety Car came out in the final few minutes of the race, Mortara was saved from having to fend off attacks from the drivers behind but it wasn’t smooth going as, in a light-hearted post-race press conference moment, di Grassi and Frijns revealed that Mortara hit the wall twice during that time.

Aside from that, Mortara leaves the opening weekend of the season as the championship leader, but he is being appropriately pragmatic about that fact.

“I mean I’m very happy, but it’s the second race out of sixteen rounds so pretty early in the season but very happy that me and Lucas, we’re scoring good points for the team. It’s very important to have a good start to the season in this kind of championship with these new rules, so let’s see now in Mexico.”