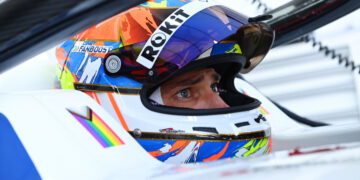 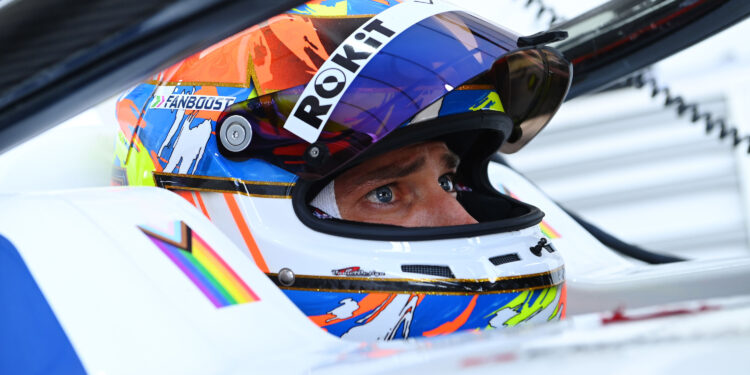 Puebla E-Prix 2 – Edoardo Mortara took his second podium of the weekend as he held the lead despite lots of pressure from Wehrlein.

After an awful start for Oliver Rowland in yesterday’s race which saw him drop from P2 to P14 today was the complete opposite as the Nissan e.dams driver started from pole and was unchallenged off the grid and eeked out a bit of a gap as the drivers behind squabbled for position. Pascal Wehrlein, who was so dominant in the first Puebla race, couldn’t hold his second place as Edoardo Mortara went around the outside of the Porsche at turn one.

Jake Dennis, the fastest driver from group qualifying, was also making moves at the start as he moved up from fifth to fourth, passing the Techeetah of Jean-Eric Vergne.

Rowland was the first of the top runners to take Attack Mode and falls from first to fourth, the British driver makes it back up to second behind Wehrlein as his four minutes of extra power ran out. Almost as soon as that happens the top two both head to the Attack Mode zone, Wehrlein for the first time.

Further back Nyck de Vries and yesterday’s race winner, Lucas di Grassi, made contact. The Audi came out of the Attack Mode zone right behind the Mercedes and was impatient get past, he tried switching sides but went into the back of the Dutchman which caused a puncture and de Vries slowly made his way to the pits to be the first retirement of the day. Di Grassi meanwhile was handed a drive-through penalty for the incident.

Back at the front of the pack, after twenty minutes of racing Mortara was in the lead with a very healthy gap to Rowland and Wehrlein. The Venturi driver was able to take his final Attack Mode without losing position and then extended his lead over the following few minutes to over two and a half seconds.

It was looking like the Venturi would run away with it but Wehrlein was on a mission for redemption after having yesterday’s win taken away from him for an admin error. The Porsche driver took advantage of an error by Rowland to slip through to second before putting in a bunch of fast laps to close right up to Mortara.

The German piled the pressure on the race leader but it was Wehrlein himself who made the error, falling back after almost losing it at T7, he couldn’t quite close the gap up again in the final few minutes and had to settle for second.

However, all is not clear for the Porsche driver as post-race it was announced he was under investigation for maximum power over usage.

With three minutes still on the clock Nick Cassidy slipped past Rowland to knock the pole sitter off the podium. The Envision Virgin driver had crashed out on the first lap in yesterday’s race and that had damaged his car enough that the tub couldn’t be repaired and that meant the team had to stay up through the night building a new car up for him. The Kiwi was glad that he was able to repay their hard work with his debut podium.

For the second race in a row Dennis brought his BMW i Andretti home in a very strong fifth place while Alex Lynn split the two BMWs by bringing his Mahindra home in sixth, just ahead of Maximilian Guenther.

Jean-Eric Vergne, who had been sitting fifth for the majority of the race, spun near the end of the race losing two places before having to cede another to Guenther as the German powered through. Ninth was Mitch Evans while Rene Rast took home Audi’s only points with tenth and the fastest lap.

As well as de Vries, there were five other retirements from the race. Venturi’s Nato with damage from a collision, both NIO 333s – Turvey when his car was having gear problems and Blomqvist hit the wall. Collision damage also put pay to a second double-points finish for Mahindra when Sims had to retire, while da Costa fell foul of T7.