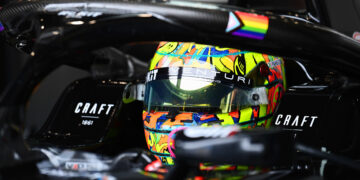 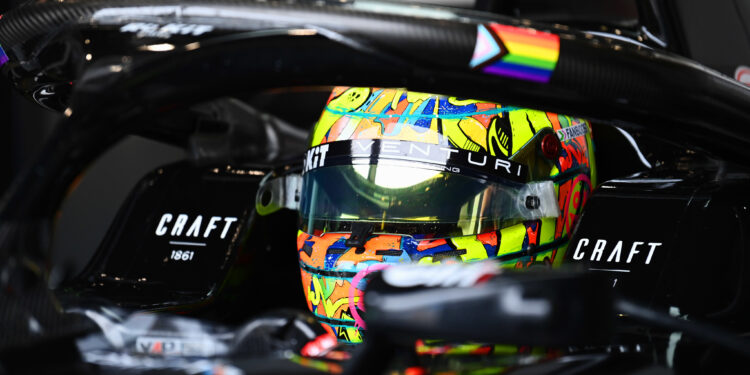 Dragon/Penske’s Sergio Sette Camara was first to venture onto the track when qualifying started, the Brazilian 1:07.652 being the first time on the board but it was Porsche’s Pascal Wehrlein with a 1:06.938 who was sitting at the top of the charts at the halfway point.

As has become customary, the track went silent after that as cars returned to the pits to prepare for their final runs and at that stage, Edoardo Mortara had gone P1 with a 1:06.900 on his second flyer of the first run. Mortara’s Venturi teammate, Lucas di Grassi and Andretti’s Jake Dennis were in the other progression places then.

After having done that additional lap, Mortara was called to the weighbridge as he entered the pits which would have cut into his preparation time and the Swiss racer left the pits with just over a ninety seconds left of the session. While he wasn’t able to improve on his time, his earlier lap was good enough to see him through in P3.

Stoffel Vandoorne had jumped to the top of the time but it was Wehrlein who regained the P1 spot at the end with a 1:06.532, nearly three tenths faster than the Mercedes, but the stand out of the session was Sette Camara who put in a time just 0.013 seconds slower than the Venturi to take P4 and see him into the duels for the first time.

It worked out well for them in the first group so it was unsurprising that Dragon were once again out on track first with Antonio Giovinazzi setting a 1:07.477. At the halfway point it was once again Porsche on top with Andre Lotterer, the fastest driver in the practice sessions, setting a 1:06.767, ahead of Antonio Felix da Costa, Sebastien Buemi and Jean-Eric Vergne.

While the majority of the field headed to the pits, Buemi remained on track for longer though he didn’t manage to improve his time in the Nissan e.dams. He did briefly head to the pits just before the others started heading out.

The top four at the halfway were the ones to progress though in a slightly different order with da Costa beating Lotterer’s time to go P1 with a 1:06.739, and Vergne in P3 ahead of Buemi. The Nissan driver however wouldn’t be going on to compete in his first duel as his brief trip to the pits was actually too brief as he spent 94 seconds instead of the required 100 there, and his fastest time was cancelled, and Alexander Sims was promoted to his first duel.

Nyck de Vries and Robin Frijns, who are usually in the duels, both had lock ups on their laps which stopped them able to complete competitive final laps, while Giovinazzi was unable to complete his lap.

Despite having a very last minute call back to the car and into the duel, it was advantage Sims at the start of the lap with the Mahindra a tenth and a half faster, and from there there was no holding the Brit back and he just continued to go faster and knock one of the two Porsches out.

It wasn’t looking great for the home teams, as Vergne pulled ahead of Vandoorne in the second duel and with the Mercedes driver struggling for grip there was no way back for him and it was the Techeetah who would continue.

The home team disadvantage continued for the third duel, Lotterer initially a tenth and a half ahead but he couldn’t hold back the pace of the Venturi with Mortara just beating the German by 0.008 seconds.

The shock eliminations ended there however as despite his best efforts, Sette Camara couldn’t manage to defeat da Costa. The Dragon racer was much slower in the first sector but closed up in the second and even had the better final third of the lap but just wasn’t able to make up the early time loss.

The first semi-final is one which will be talked about for a while. Vergne going wide at the first corner which left Sims ahead in the first sector, and while the double-champion pulled it back the two set identical 1:06.050 lap times and as that eventuality hadn’t been considered, the qualifying rule of whoever sets the time first applied, even though the duel rules specify that the slower driver in the previous duel round must take to the track first.

Vergne was understandably annoyed afterwards calling it “the stupidest rule I’ve ever seen in my life. I think they need to rewrite some rules, but anyway it’s too late now.”

The second semi final was less dramatic but as Mortara was making a habit of, he came back from being behind initially to take the win and head to the pole fight.

The Venturi driver went too deep at the first corner but managed to not lose too much time to the Mahindra driver. The second sector was close but just fell in Mortara’s favour but the final sector was very impressive from the Swiss racer as he flipped the gap between himself and Sims to take his first pole by nearly a tenth and a half.

It’ll be an all-Techeetah second row with da Costa ahead of Vergne while the defeated quarter finalists will also line up in pace order leaving row three as the Porsche row, Lotter in P5 ahead of Wehrlein.

Sette Camara will start P7 ahead of Vandoorne while Evans and Buemi will be on the row behind them.