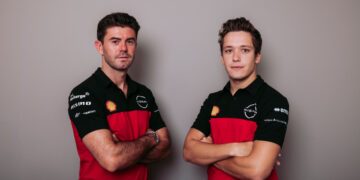 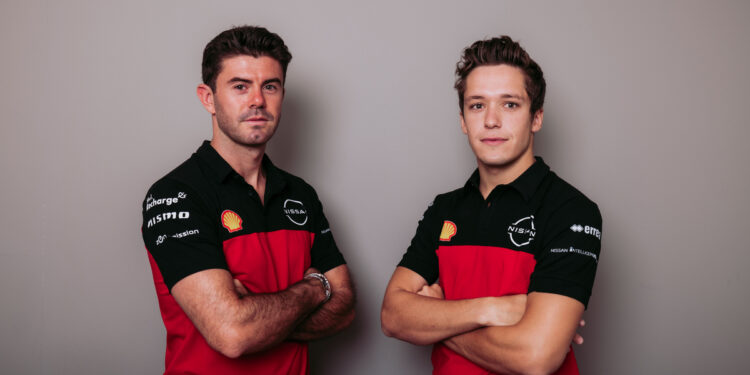 Nato, who raced for Venturi in season 7 and took his first Formula E victory at the final round of the season in Berlin, made a return to the grid for this year’s final rounds in Seoul where he took the place of an injured Sam Bird at Jaguar.

“I’m very happy to be making my comeback as a full-time driver in Formula E with Nissan,” Nato said. “The Gen3 era will be a new chapter for the championship, and I’m excited to prepare for testing and drive the car. The hard work starts now – I have a lot to learn and areas to develop in with the team to be at my best for the first round of Season 9 in Mexico City.”

Fenestraz was also on the grid for the second Seoul race, attending as Jaguar’s reserve driver, the team released him to make his debut with Dragon after Antonio Giovinazzi got injured in the first race of the weekend.

“It’s a dream come true,” Fenestraz said. “It will be a big step forward in my career, to move up into a World Championship for the first time and to be competing at such a high level against some of the best drivers in the world.

“It’s going to be a different challenge for me as it will be my first season in an all-electric car. I’m excited to compete in this championship as street circuits are my favourite, with high risks and no room for errors. As a rookie in a new format, there is a lot of preparation to do and plenty to learn!

“I’ve been dreaming of this moment for a very long time, and I am very grateful to Nissan for this opportunity. I can’t wait to get started and I’ll do everything to perform as best as I can.”

Nissan will be headed into the Gen 3 era as a supplier for the first time as they will be providing powertrains to the McLaren Racing team, who will be making their debut in the all-electric series after acquiring the Mercedes-EQ team.

“This is a significant moment for the team,” said Tommaso Volpe, General Manager of Nissan Formula E and Managing Director of the Nissan Formula E Team, “as we commence the Gen3 era, and we are very happy to welcome both Norman and Sacha on board. Season 9 will be our first season competing as one team, following Nissan’s acquisition of e.dams earlier this year, and also the beginning of our partnership with McLaren Racing.

“This marks a new era for the Nissan Formula E Team, and we believe that a combination of experience and the opportunity to nurture new talent is the right balance for us right now. In Norman and Sacha, we have found two strong drivers to fulfil our vision.

“Norman has proven to be a very talented driver in Formula E and in other series, and he brings a wealth of experience and skills to the team. As for Sacha, we have monitored his progress and performance over the past few years and have been very impressed. We believe he has great potential and that this is the right time to bring him into the team. I am convinced that they will complement each other and the team very well. I can’t wait to see them both in action on track in our new Nissan Gen3 car.”

It was announced earlier this year that Nissan would be taking full ownership of the Formula E team and would be rebranding from Nissan e.dams to Nissan Formula E Team. And it will be the first time the team will be racing without Sebastien Buemi.

The Swiss season two champion had been with the team, in both the Renault and Nissan guises, since the inaugural Formula E race in Beijing 2014 and celebrated 98 races together in Seoul, he missed out on celebrating 100 races with the series and Lucas di Grassi as he had to skip the New York double header in season 3 due to World Endurance Championship commitments.

Volpe thanked his outgoing driver pairing of Buemi and Maximilian Guenther for their efforts during the season and wished them all the best for the future.

“I’d like to take this opportunity to say a big thank you to Sebastien Buemi and Maximilian Guenther for all their hard work, commitment and dedication during the last season, which has been a challenging yet a crucial one for us.

“Seb in particular has played a big role in the history of our team, after having been with e.dams for eight seasons, four of which with Nissan. We have grown and evolved with him over the years; his tremendous achievements, perseverance and enthusiasm will always be a part of who we are.

“To have had both Seb and Max as part of our team makes us very proud. We wish them every success in their careers, all the best in their new endeavours, and remain open to future collaborations.”

The end of the Formula E S8 and my last moments with @Nissanedams 98 races together since the beginning of the championship. We enjoyed victoires and podiums. Thanks the whole team who worked so hard during all these years. Let’s see what is in store with the Gen3. Stay tuned! pic.twitter.com/lulISXhtvW