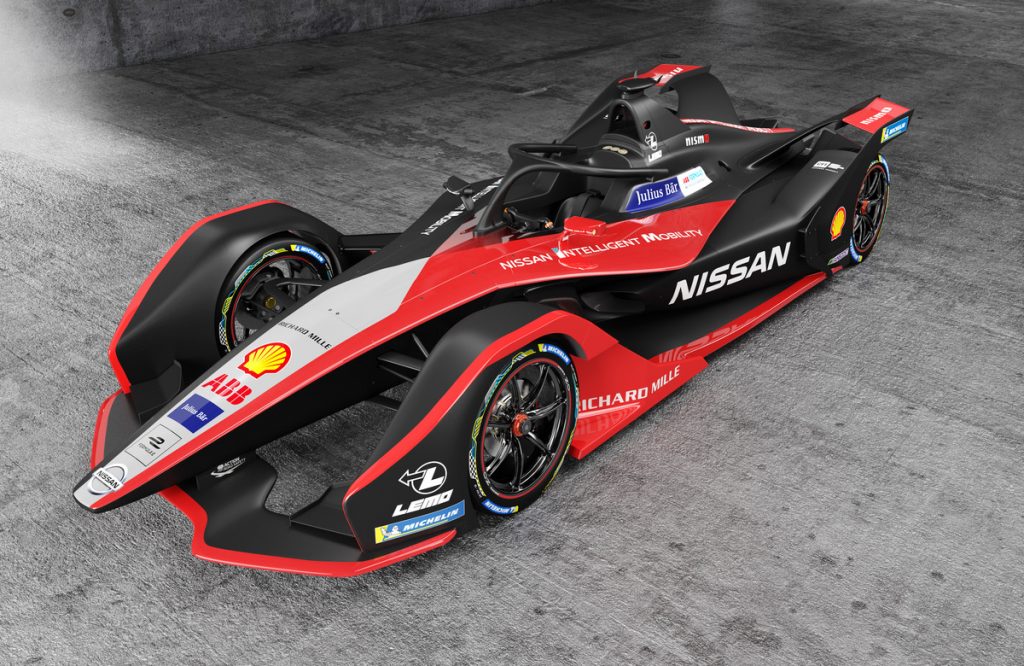 This morning the Nissan e.dams team unveiled their new, Japan-inspired livery for season 6 of the ABB FIA Formula E Championship.

At the reveal in Yokohama, Nissan pulled the covers back on their season 6 challenger to reveal a black, red and white design inspired by the Japanese kimono.

“As we approach the beginning of our second season of Formula E competition, our design team proposed a new look, one that celebrates our Japanese heritage and vibrant technology DNA,” said Alfonso Albaisa, Nissan’s Senior Vice-President for Global Design.

“We used our iconic Nissan racing red, black and white colors layered diagonally in a kimono pattern, which creates a dynamic and powerful impression.”

The design gives the new car a more vibrant look than the black and silver of last season while under the new paintwork is Nissan’s updated powertrain after their dual electric-motor system, which brought them six pole positions and six podiums, including a win in New York, was outlawed after season 5.

In the press release, Nissan’s Global Motorsport Director, Michael Carcamo commented on this change: “The second season is sometimes harder than the first. With a major change to a single-motor solution, we had plenty to do in the off-season.”

“We’ll use everything we learned from season five to improve our package, with an even greater emphasis on battery and energy management.”

Looking forward to season 6, the Nissan e.dams drivers, Sebastien Buemi and Oliver Rowland, are aiming to keep improving and fight for the championship once again.

“Finishing second as a team last year was great,” said Buemi. “This year, the objective is to fight for the championship.”

While Rowland said: “I really appreciate Nissan taking a bit of a risk with me last year, as I was a rookie and started quite late. Luckily, it worked out for all of us, and I can’t wait to get behind the wheel again, pushing forward and improving.”

Check out the new look in the gallery.