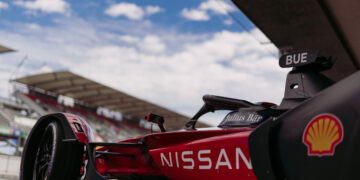 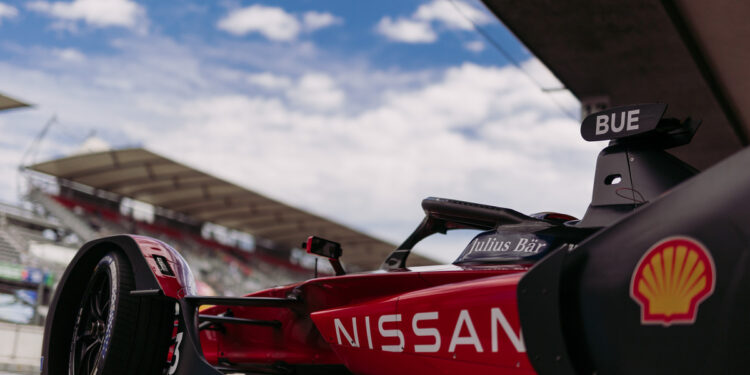 Formula E – It was announced this morning that Nissan have acquired full ownership of the e.dams team from Olivier and Gregory Driot.

The e.dams team have been in Formula E since season 1, initially partnered with Renault where they won the first three Teams’ Championships and the season 2 Drivers’ Championship with Sebastien Buemi. For the Gen2 era, starting in season 5, Renault decided to leave the all-electric series to focus on their Formula 1 efforts and their strategic partner, Nissan, stepped in to replace them at the e.dams team.

After e.dams team founder, Jean-Paul Driot, passed away in 2019, his sons, Olivier and Gregory Driot, took over the running of both the Formula E team and the DAMS Formula 2 team. Earlier this year, the Formula 2 team was sold to ex-F1 and FE driver, Charles Pic, and after this new deal, the e.dams team will be fully under Nissan’s control with immediate effect.

“We are very proud to hand over the e.dams team to such a committed and innovative company as Nissan,” the Driots said. “We’ve had several open discussions in recent months with Nissan and we decided that it was the right time for them to take the reins and continue the legacy of our family and secure the long-term future of the employees.

“Since the passing of our father, it’s been an honour for us to partner with a global brand such as Nissan in Formula E and we are proud of what we have achieved together. We would like to thank all the e.dams staff for their hard work and commitment over the years and we wish Nissan all the very best for the remainder of Season 8 and beyond.”

Last year Nissan confirmed their long-term commitment to the electric racing series by signing up as a manufacturer for the Gen3 era which will run through to the end of season 12, in 2026. Nissan’s COO, Ashwani Gupta, said that the e.dams acquisition reaffirms their commitment to not only Formula E, but the overall electrification objectives of the company.

“These are exciting times for all of us at Nissan, our fans and customers everywhere,” said Gupta. “We have been on the grid for over 85 years, and our desire to win continuously accelerates us forward. We learn as we race, and the relentless pace of technological progression that drives the Formula E championship will provide us with many opportunities to inform and develop even better cars for customers.

“The acquisition of the e.dams team not only reconfirms our long-term commitment to Formula E, but also to the exciting, high-performance world of motorsports competition as a whole. But we don’t only love to compete. We’re also passionate about delivering innovative and exciting driving experiences while demonstrating our commitment to zero emission and sustainable solutions. This acquisition will further empower us in the strategic electrification objectives of our business.”

With the ownership change, Nissan’s Global Motorsport Director, Tommaso Volpe, who was the General Manager of the Formula E team, will now also be the team’s Managing Director. In the press release, Volpe paid tribute to Jean-Paul Driot and thanked his sons for the time they have spent working together.

“I am delighted that Nissan is taking over e.dams and today we are thinking of Jean-Paul Driot who, together with Nissan, had the vision for the team and helped to develop our partnership,” Volpe said. “Since his passing in 2019, Olivier and Gregory Driot took over and made sure the legacy of their father’s success would continue. It has been a pleasure working together and I would like to thank them for their commitment and support.”

He went on to add that Nissan are looking forward to the “new chapter” in their Formula E journey and that being in the series allows them to stay at the forefront of electric vehicle technology.

“This is an important step in our Formula E project. As the pinnacle of all-electric racing, Formula E gives us an engaging global platform from which we can show customers that EVs are not only fun and thrilling, but also that Nissan continues to be at the cutting edge of EV technology.

“We were happy to enter the sport in 2018 in partnership with e.dams. We have had a strong and successful collaboration, and we have learnt a great deal from their long-term experience in the series. We have a fantastic team in place, and we are looking forward to building on our success and experience together as a team, and to beginning this new chapter in our Formula E involvement.”