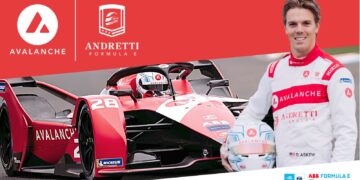 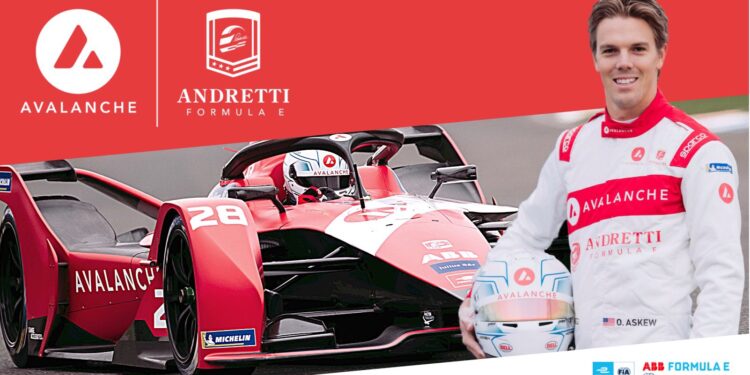 Formula E – American racer Oliver Askew will join the season 8 grid as he signs for Avalanche Andretti alongside Jake Dennis.

“I am beyond excited to return home and join Andretti Autosport full time again for the 2022 ABB FIA Formula E World Championship,” said Askew. “I consider Andretti Autosport family and to be able to attack this chapter in my career with them means more than words can describe.

“To have a partner like Avalanche with us could not be a more perfect fit. Being the only confirmed driver to represent the United States in Formula E is something I am very proud of. I look forward to getting to work as soon as possible.”

After BMW’s departure from Formula E at the end of last season, Avalanche, a blockchain company, have joined up with Andretti as the team’s title sponsor. While the team will continue running the BMW powertrain from last season, the car will look very different as the blue and white of the German manufacturer are replaced with red, white and black for Avalanche.

Andretti’s newly signed driver will become the first American to have a full-time seat in the all-electric series and will be only the fourth to compete in an E-Prix. The first three, Matthew Brabham, Marco Andretti and Scott Speed, were all fielded by the Andretti team in season 1 and raced in the #28 car, as Askew will in season 8.

“We’re happy to welcome Oliver back to the Andretti family to round out our Formula E driver lineup,” said CEO and Chairman of Andretti Autosport, Michael Andretti. “We had a lot of success with Oliver back in 2019 when he won the Indy Lights Championship with us and we’re looking forward to introducing him to Formula E.

“He’s a hard worker and races smart, we’re confident he’ll apply that to this new opportunity. We’re also pretty excited to be able to field the first full-time American driver in such an exciting, international series.”

Askew will partner Jake Dennis, who was confirmed to be staying with the team just before the final weekend of the season. Dennis had a very successful debut season taking wins in both Valencia and London before finishing third in the Drivers’ Championship.

“I’m just super excited, and honoured really, to be staying with Andretti for Season 8 of Formula E,” Dennis said back in August. “It was my goal to obviously always stay with the team, and I think they had the same intentions after such a strong year. I’m looking forward to investing further on with them into the future and hopefully many great results will come our way.”