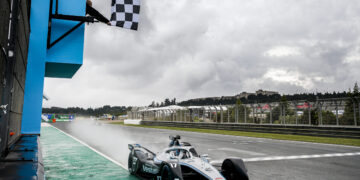 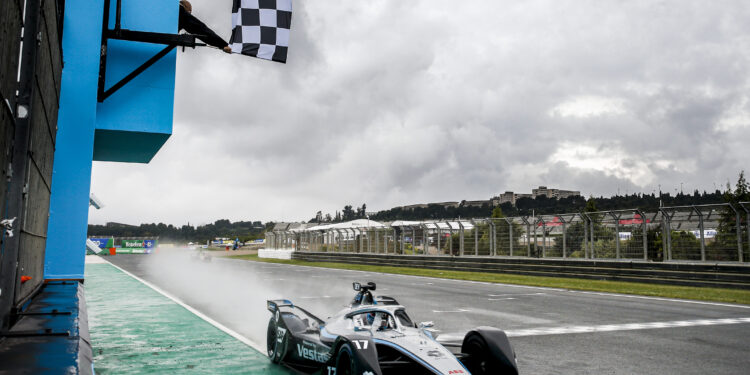 A raft of post-race decisions from the stewards mean that the provisional result with twelve finishers has now been cut down to nine in what is possibly the fewest race finishers Formula E has ever seen.

There is no change to the top six, despite third place man Stoffel Vandoorne being given a 10 second time penalty for not completing his second Attack Mode. The Mercedes driver activated it on the penultimate lap but could only use up two of the four minutes before taking the chequered flag. The Belgian had finished twelve seconds ahead of Nick Cassidy, and so didn’t drop any positions once the penalty was added to his race time.

Reigning champion, polesitter and leader until the penultimate lap, Antonio Felix da Costa, along with Alex Lynn and Sam Bird who finished P7 to P9 respectively were all disqualified for using too much energy. They join Alexander Sims and Oliver Rowland who received their disqualifications immediately after the race had ended.

Lucas di Grassi who had been provisionally classified as tenth was given a drive-through penalty which was converted to an extra 30 seconds on his race time. However, the Brazilian had almost a minute gap over the next classified driver and so didn’t lose any positions, instead gaining from the three disqualifications to have a final finishing position of seventh.

The final classified drivers were Jake Dennis, picking up his first Formula E points for BMW i Andretti in eighth, and Jean-Eric Vergne in ninth, the only points finish he’s had this season aside from his win in Rome.

Speaking about the last few laps in the post-race press conference, race winner de Vries said: “I think it was obviously a little bit confusing but at the same time it was relatively clear – if you cross the line and it’s not the last lap then there are two laps to go, and if you had one lap to go in the car then obviously that won’t take you to the end.

“I think there are other things of the championship that maybe could be reconsidered at times, but I think this maybe looked silly however it was also just well played by our teams and I think the others kind of missed some information. Credit to the work they put into it and they clearly were on the ball. But not necessarily a mistake of the championship, in my opinion.”

While Vandoore commented that Mercedes had prepared for the possibility of an extra lap, and that preparedness paid off. “We knew that there was a possibility and there is a slight chance that this might have happened and it was just probably in that window that it happened.

“It’s a first for Formula E so I wouldn’t be surprised if things are gonna change based on this in the future. At the same time everyone knows that this is the case so we did the right thing today.”