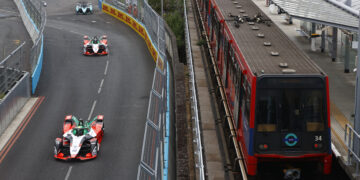 Overtaking on the ExCeL track “near mission impossible”

Overtaking on the ExCeL track “near mission impossible” 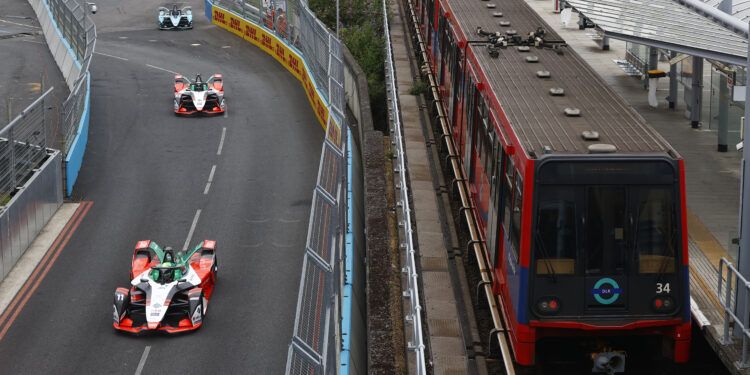 London E-Prix – Ahead of the inaugural races at the ExCeL London this weekend, the drivers are worried that the layout won’t promote overtaking.

While bringing Formula E back to the streets of London after a five year break the ExCeL, in the east of London, is a great location for the sport but the drivers believe action-promoting tweaks need to be made for future visits.

In the pre-race press conference Jaguar Racing’s Sam Bird, winner of the second London ePrix back in 2015, and DS Techeetah’s Jean-Eric Vergne, who took third place in the first of the double-headers in both 2015 and 2016, praised the location and facilities but did feel like the forecast rain would help prevent the races from being processional.

“I think it’s important for the series to have a race here [in London],” said Bird. ”The venue itself looks exciting, looks fun. The track is quite a slow-speed track to be honest, a lot of tight twisty corners but I think Formula E and the local council have done a really solid job of what they’ve done.

“It’s extremely tight. I don’t think it promotes too much overtaking, even if we had quite extreme energy saving to do, I don’t think the circuit layout promotes an enormous amount of opportunities to overtake.”

Vergne voiced similar concerns, saying: “[The circuit] looks really, really nice. I think it’s the first time in our lives that we race half indoor, half outdoor so it’s something really cool. The inside surface is really grippy which is quite nice, I hope the grip will stay the same the whole weekend.

“The outside one, it’s what it is. It’s I think way too tight for Formula E, even for Formula E it’s a bit too tight so might be very difficult to overtake and I’m saying ‘might’ just to be nice. We might see a bit of a train but the main thing here would be to have a good qualifying, that is the key to have a good race on Saturday and Sunday.”

The two-times champion was pragmatic about the issue however: “The whole thing is great to be here and I think we just need a good weekend here and I’m sure for the years to come they will change the layout and we will have more overtaking opportunities but for what it is at the moment. Yes, it’s tight. Yes, it’s going to be near mission impossible to overtake, but it’s what it is and it’s the same for everyone.”

Given the ExCeL track has such a twisty layout, the FIA were worried that the drivers wouldn’t need to do much energy saving which would lead to a flat out race with less overtaking as a result. To combat that possibility the drivers will have 4kWh less usable energy than usual this weekend but Bird isn’t sure whether they might’ve been too conservative.

“What we’ve done as well with the energy reduction is the right thing to do,” commented Bird. “Whether it’s enough I’m not sure yet, we’ll find out tomorrow.”

While Audi Sport Abt Schaeffler driver, Rene Rast, added that “I think the lift-off [lift and coast, energy saving] phase is still going to be very little so the overtaking is going to be very difficult. I think we will see anyway tomorrow a fully wet race, probably we don’t have to save energy at all in the wet so that’s going to be very interesting.”

While Friday’s shakedown and first free practice sessions were run in dry weather, rain and thunderstorms are expected over the weekend which the drivers think could, aside from creating overtaking opportunities, make things quite fun with the track’s unique indoor/outdoor layout.

“The fun thing is that it might be raining,” Vergne added. “Probably raining, so it’s going to be half rain half dry, that’s going to be the first time we have this in motorsport, I think…except in Spa.

If the rain does arrive, the Techeetah driver believes that qualifying group 1 would probably, for once, be the best to be in as “[…] the more we drive, the more the track outside will bring the water inside which for once might be a good thing for people in group 1, which I am. So I’m quite happy with that, if it rains.

“In any case we’re going to have a lot more grip inside, even if we bring some wet, because the tarmac is so abrasive, so grippy that it’s going to be nice. When you drive in the wet you always have the frustration of not having grip, having fun with the sliding, now we’re going to have the best of the two worlds so it should be fun and I only need to be half good in the rain then.”