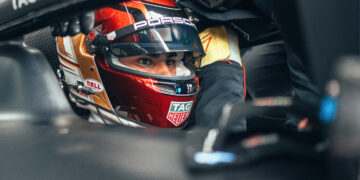 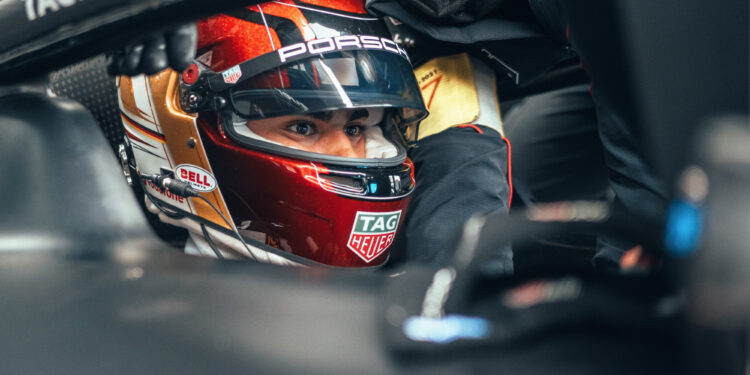 Puebla E-Prix – Pascal Wehrlein took his second Formula E pole position beating Oliver Rowland to the top of the timesheets by half a tenth.

Heading out in group 2, just as the sun made an appearance and heated the track up nicely, Wehrlein put in the best lap of his group which held for the remainder of the session. For Super Pole, the Tag Heuer Porsche driver was the last to set a lap and while he wasn’t the quickest in the first and last sectors, his middle one was the quickest which sealed his second Formula E pole.

Oliver Rowland had been fastest in the practice sessions but said his super pole lap was nothing special despite only being 0.058 off Wehrlein’s time. BMW i Andretti’s Jake Dennis took third missing out by less than a tenth but said he was “over the moon” with the result.

Fourth was Jean-Eric Vergne with a 1:24.282 for DS Techeetah while the second BMW, of Maximilian Guenther, will start right behind his teammate on the grid in fifth. Guenther was the only driver not from group 2 to make it into the pole shootout.

Rokit Venturi will start sixth after Edoardo Mortara’s Super Pole effort was hindered by a lockup into T11 and while he didn’t hit the wall, he did lose valuable time so he ended nearly three and a half seconds off the best time.

Alexander Sims, despite missing most of the practice sessions after stopping on track near the start of FP1 and only having a few laps at the end of FP2 following a battery and powertrain change, was the best of the Mahindras with a 1:24.425 for seventh.

Audi Sport Abt Schaeffler got both their cars into the top ten, Lucas di Grassi in eighth after a 1:24.489 with Rene Rast just over three tenths further back for tenth. Splitting the Audis was the Dragon/Penske Autosport of Sergio Sette Camara however he has a 20 place grid penalty for a change of inverter so he won’t be in that position when the cars line up on the grid.

There was some chaos in the first qualifying group as none of the drivers wanted to be first on the track and there was squabbling on the outlap. The six of them got to the line in time to start their laps but there were on top of eachother, with Bird overtaking Vandoorne into the first corner and Frijns locking up and was lucky not to go into the back of Evans.