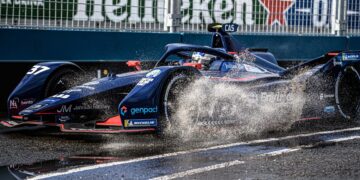 Pole for Cassidy in his debut New York appearance

Pole for Cassidy in his debut New York appearance 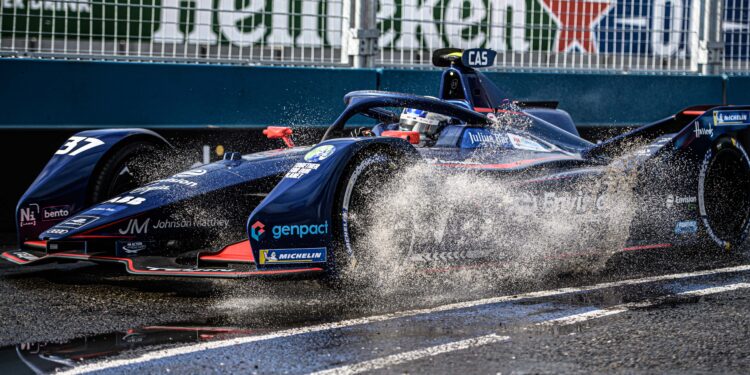 New York City E-Prix 1 – Nick Cassidy took the second pole of his rookie season as he ensures his Envision Virgin Racing car will have the best view to the first corner.

There was drama as usual in group one as Rene Rast was behind Edoardo Mortara on their hot laps but wasn’t happy with the pace of the Venturi although he couldn’t get his Audi through into clean air. Mortara was the slowest in his group, over a second and a half off Frijns’ time. Venturi later clarified that they had a problem with the full power mode switch meaning that the Swiss driver could only run at 200kW instead of the full 250kW, to make matters worse, Mortara is also under investigation for impeding Rast.

Group two had its own share of dramatics as Sam Bird, in his newly rebuilt Jaguar, reported that he had issues with his car and, on his quick lap, was three seconds off the pace in sector 1. Nissan e.dams’ Oliver Rowland was coming up behind the Jaguar on his own fast lap and while Bird did try to get off the line for him, Rowland got on the apex kerb of the chicane and spun, hitting the side of Bird’s car.

A Red Flag was shown as a result but all cars were able to recover and make it back to the pitlane. As no full power laps had been completed before the red flag, all cars were then able to go back out and post their laps. Stoffel Vandoorne, who hadn’t been on a good lap before the session paused, was looking much better on his second go but touched the wall in the final sector and was left well back in the pack. Jean-Eric Vergne and Pascal Wehrlein took the top spots.

The third group was a much more civilised affair and saw four of the six drivers make it into provisional Super Pole positions but unable to challenge the top two times. The final group saw only Sergio Sette Camara, Oliver Turvey and Sebastien Buemi with competitive times in the first sector, but it was Buemi who kept up the pace and put in a 1:09.531, just less than seven hundredths faster than Vergne, to take the group qualifying point.

That meant it was Buemi, Vergne, Wehrlein, Cassidy, Guenther and Lynn heading into the Super Pole shootout. Lynn was out first and the Mahindra driver put in a great lap to post a time just 0.007 off Buemi’s group qualifying effort.

Maximilian Guenther was up next, the BMW i Andretti driver had a faster second sector but couldn’t beat the Mahindra. Envision Virgin’s Cassidy nailed his lap after being slow in both practice sessions, things clicked for the rookie driver and he went fastest in all sectors, ending with a 1:09.338, two tenths faster than Lynn.

It was a disappointing lap for Wehrlein as he went slightly off line at the first corner and lost time that he couldn’t make up despite a final sector time that held for the rest of the shootout. The Porsche ended as the slowest in Super Pole.

Vergne was the penultimate driver out and while he was looking to challenge Cassidy’s time with the fastest second sector, the Techeetah driver made a mistake in the final corner and ended 0.161 off the top time. Like Wehrlein, Buemi was not overly pleased with his final attempt, the Nissan racer was hoping to turn first in the group stages to pole but a lock up at the start of his lap was too much to overcome and he’ll start the race from fifth.

Seventh will be Audi Sport Abt Schaeffler’s Lucas di Grassi who’ll have Oliver Rowland’s Nissan alongside him. Alexander Sims, whose best time was just 0.001 slower than Rowland’s will start ninth while Andre Lotterer took the final spot of the top ten.

Joel Eriksson, in the Dragon, had qualified P22 but has been handed a three-place grid drop for using more than 200kW in his non-flying lap during group qualifying. That promotes Rast and Mortara to P22 and P23 respectively.