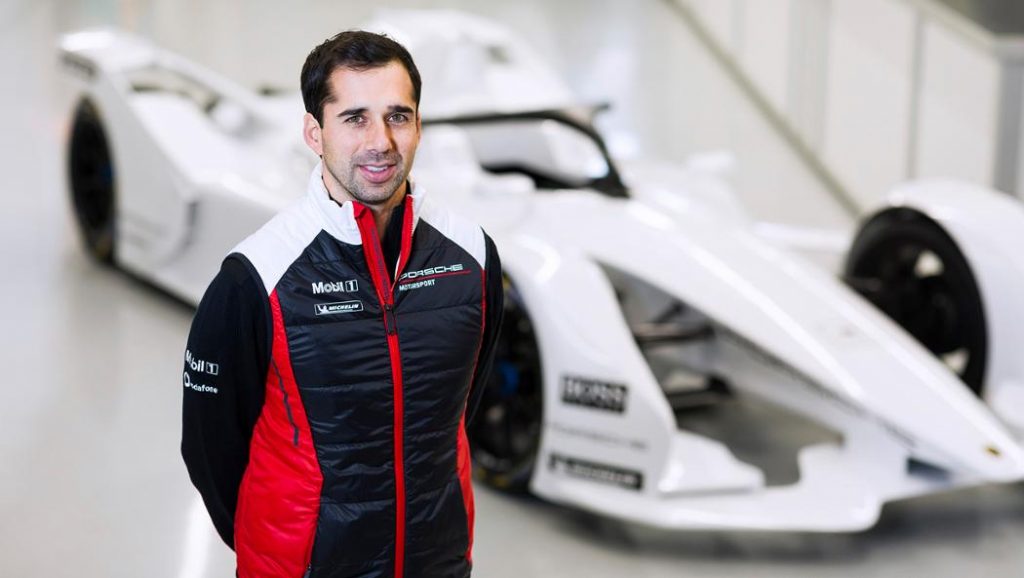 Ad Diriyah ePrix – The Porsche team have announced Neel Jani will be one of their drivers in Formula E when they make their series debut next season.

Swiss racing driver Neel Jani has signed on as one of Porsche’s works Formula E drivers when they enter the series next season. He has been Porsche-affiliated since 2013, racing with them in the World Endurance Championship and winning the Le Mans 24 Hours in 2016 with Marc Lieb & Romain Dumas. He, along with those teammates, also won the WEC title that year.

A consistent frontrunner in WEC, he has now switched over to join Porsche’s Formula E program after the German marque’s withdrawal from the series and will start helping with the preparation for entry to Formula E from early 2019. Porsche are currently waiting on delivery of their first chassis before installing their own drive train, which has spent 2018 being developed and tested.

Jani has some prior, albeit minor, experience in Formula E, having taken part in two races last year with the Dragon Racing squad. He has also been minorly involved in Formula 1 as part of the Red Bull Academy, and served as Toro Rosso’s test driver in 2006.

What @neeljani is expecting: "The technical and driving challenges are huge and our strong @FIAFormulaE opponents have a significant advantage in experience. There is a lot of work ahead of us and I can’t wait for the roll-out.” @Porsche #ABBFormulaE pic.twitter.com/0XRGHylmA6

“I’m very much looking forward to the new task,” said Jani of the announcement. “Being part of an entirely new Porsche Motorsport programme for the second time, right from the beginning, means a lot to me. The technical and driving challenges are huge and our strong Formula E opponents have a significant advantage in experience. There is a lot of work ahead of us and I can’t wait for the roll-out.”

“Without doubt, Neel is the right man for our new technologically trendsetting programme,” says Fritz Enzinger, Vice President Porsche Motorsport. “Not only does he contribute speed, but he has a huge amount of single seater experience. He has already driven in Formula E and is well established in Weissach as a development driver.”

With Porsche clearly evaluating strong, experienced drivers from their WEC program for their Formula E driver line-up, Brendon Hartley is a strong contender for the second cockpit after his dismissal from Red Bull’s Toro Rosso F1 team.