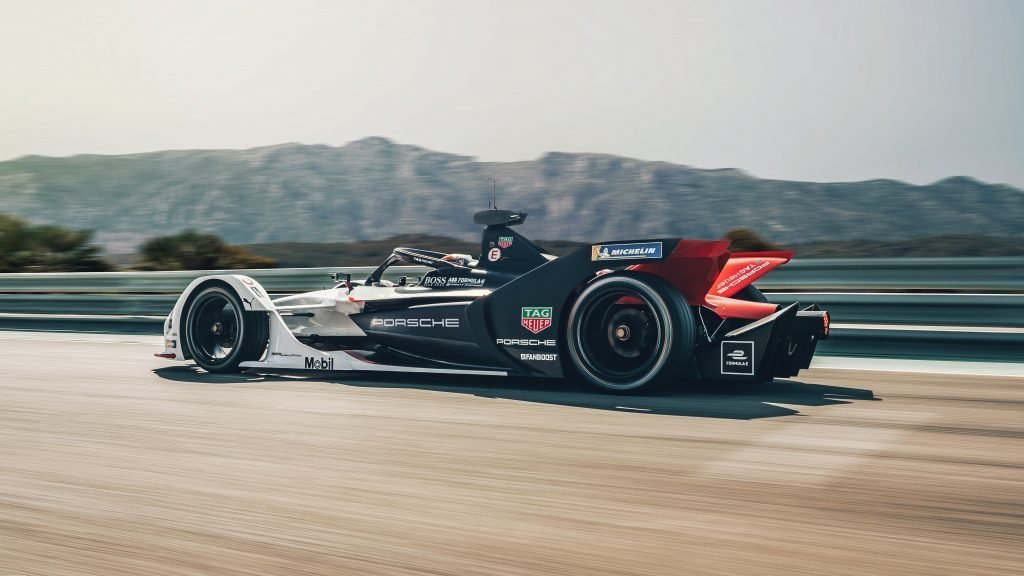 Porsche unveiled the livery for their first season in the ABB FIA Formula E Championship after an interactive challenge on Twitch.

Porsche, who announced TAG Heuer as their title sponsor on Monday, will be competing in their debut Formula E championship when the season starts in Saudi Arabia in November.

Ditching the traditional launch for their first Formula E launch, Porsche instead set up an interactive challenge on the video streaming platform Twitch. The event, which started just after 5pm, saw players have to work together to guide the two drivers through the Porsche facility, completing tasks along the way, in order to unveil the car at the end.

It was not a reveal for the impatient fan though, firstly there seemed to be technical issues which brought the stream to a halt a couple of times. Secondly, it was slow going as game decisions were offered as multiple choice options to be voted on by the thousands of players getting involved.

Eventually, the car itself was revealed and sported a striking black, red and white livery. Check out all the images below.