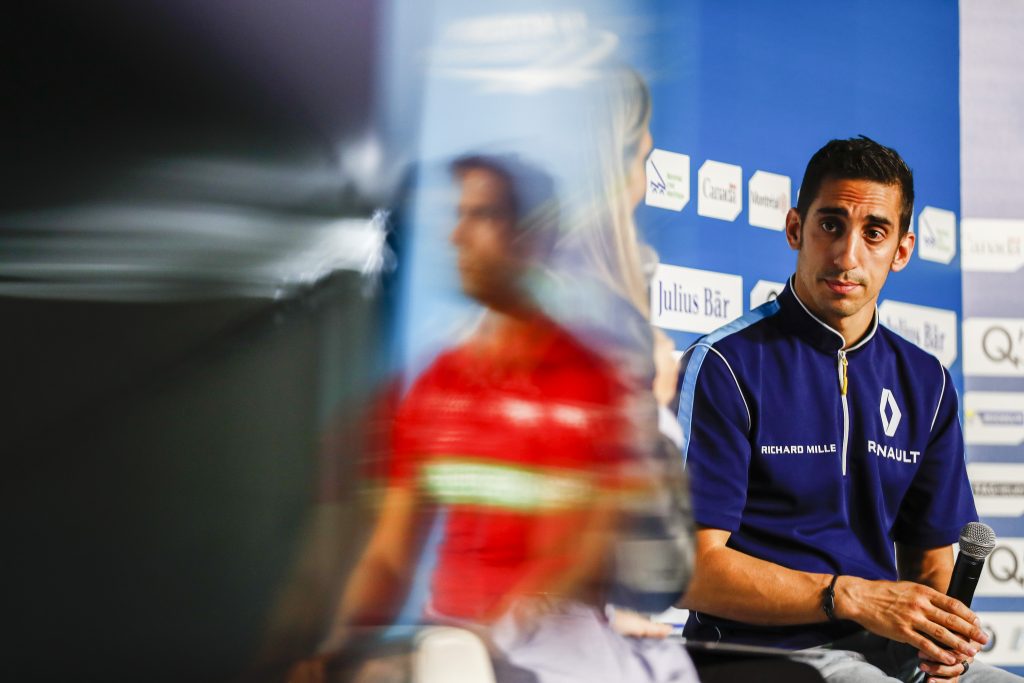 The championship leader crashed heavily in FP2 and damaged the tub on his car, which is requiring a full rebuild. It has now emerged that a ten-place grid penalty for a battery change is also expected, which would drop Buemi to 12th on the grid.

Di Grassi’s pole means he is now seven points behind Buemi in the standings.

Stephane Sarrazin will line up on the front row for Techeetah following Buemi’s penalty ahead of Nico Prost.

Felix Rosenqvist locked his rear brakes into Turn 1 on his Super Pole lap so was just fifth in the session.

Jean-Eric Vergne will be promoted to the top five following Buemi’s penalty, ahead of the two Jaguar’s of Mitch Evans and Adam Carroll. Tom Dillmann matched his best Formula E qualifying results in tenth for Venturi.

Nick Heidfeld slid his way through the first corner during group qualifying which left him just 14th fastest.

It was a shocking qualifying for the dominant team in New York, DS Virgin. A mapping error meant neither car went to 200kW for their hot laps, leaving Jose Maria Lopez just 16th and Sam Bird 18th.

Maro Engel seemed to suffer a similar issue, as he did not use full power and was only 17th.

Jerome D’Ambrosio missed the chequered flag for the start of his full power lap, so lines up last on the grid.