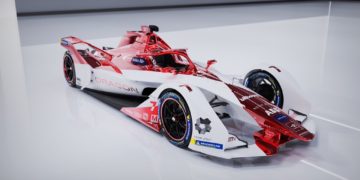 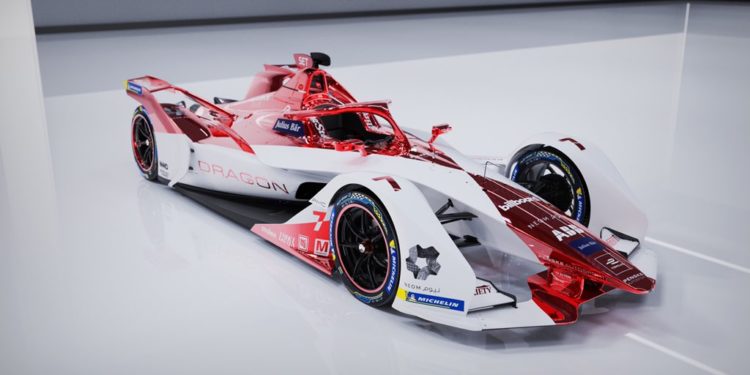 Dragon/Penske Autosport have revealed images of their new livery which makes a return to their iconic red chrome of seasons past.

Ahead of tomorrow’s first day of pre-season 7 testing in Valencia, Dragon have brought back the red chrome look that was seen adorning their cars in season 2 and on Jerome d’Ambrosio’s car in season 4.

For the past two seasons, since the Gen2 car was introduced and Dragon partnered with Geox, the cars have been featured black and white designs. For this year, the first Formula E World Championship, white and red chrome will be Dragon’s identifying colours and indeed the last time the American team took a podium, at the Zurich E-Prix in season 4, it was the red chrome car of d’Ambrosio that saw them to it.

Dragon had their most difficult year in Formula E last season, only managing to pick up two points over the course of the championship but believe that the Penske EV-5 they’ve developed for the upcoming season will be a more competitive package.

So far only Sergio Sette Camara has been announced as driving for the American team, however Nico Mueller is widely believed to be staying with the team for a second season and is the second Dragon driver on the entry list for Valencia testing this weekend.