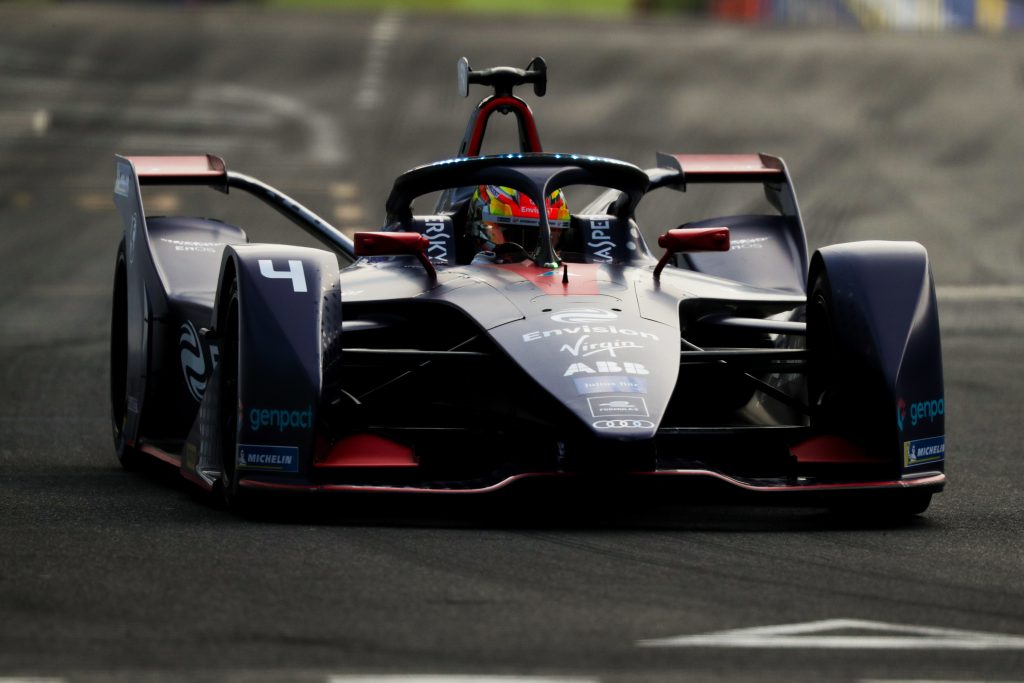 Paris E-Prix – Robin Frijns triumphed at a combative, wet race on the streets of Paris, winning ahead of Andre Lotterer and Daniel Abt.

The Envision Virgin Racing driver gave the team their first win of the season – and his first in Formula E – and became the eighth different winner in the first eight Formula E races.

Profiting from a nightmare race for the Nissan e.dams team, Frijns inherited the lead when Oliver Rowland and Sebastien Buemi hit trouble in the opening stages of the race.

Rowland crashed out of contention in the first couple of laps, whilst Buemi lost the lead to Frijns around ten minutes later and was forced to pit with car troubles.

In the process, Techeetah’s Lotterer moved up into second place after overtaking Max Guenther early on. The result means that both Frijns and Lotterer move to the top of the drivers’ championship with 81 and 80 points respectively.

Audi Sport’s Daniel Abt also passed the Dragon Racing driver – along with Venturi’s Felipe Massa – in the early stages to move up into the podium positions, with team-mate Lucas di Grassi finishing fourth ahead of Guenther.

The weather changed dramatically part-way through the race, with heavy rain causing chaos further down the field.

Massa held on to claim two points in ninth, whilst Pascal Wehrlein salvaged a point for Mahindra, after being disqualified from pole position for a tyre pressure infringement.