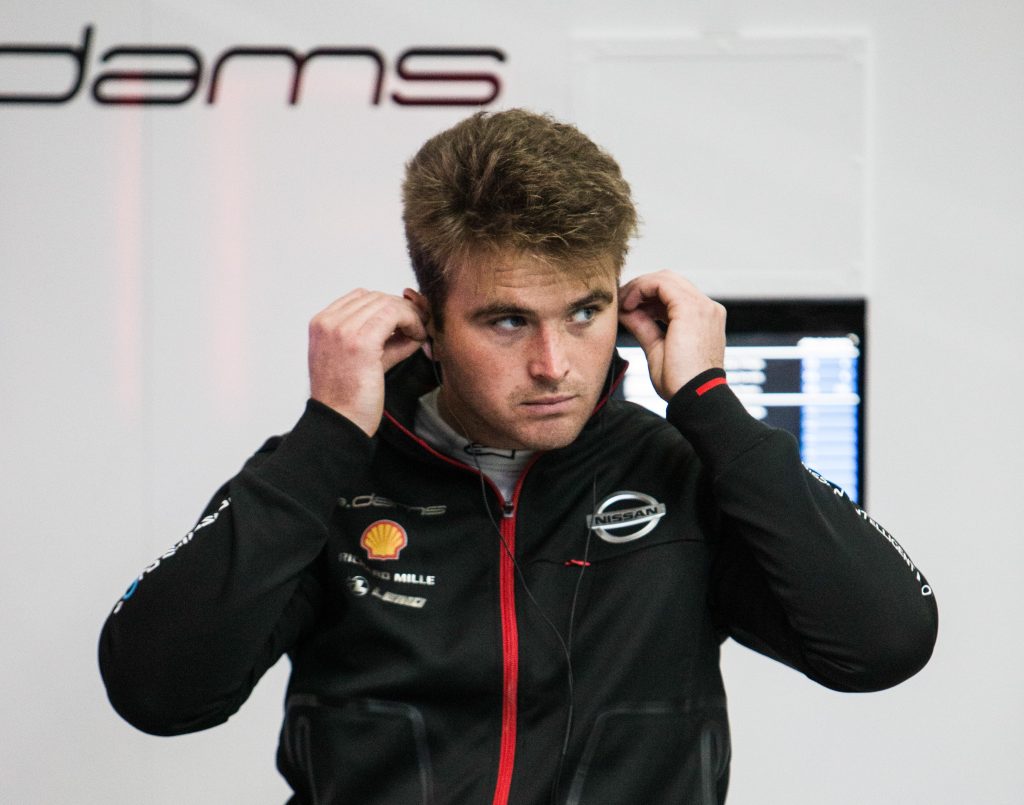 Albon was due to be racing with the team for the 2018/19 season but broke his three-year deal with Nissan to take up an offer with Toro Rosso in F1 for the 2019 season before the public pre-season test in Valencia.

Rowland will be partnering 2015/16 champion Sebastien Buemi for Nissan’s inaugural season in FE.

“The Formula E championship features some of the best drivers in the world, and it’s an honour to be selected by Nissan e.dams to represent them in season five,” Rowland said at Nissan’s official team launch in Toyko.

“To be able to work alongside Sebastien is also an incredible opportunity. I’m looking forward to challenging myself against the best of the best in FE.”

The Williams F1 young driver deputised on the final day of testing, getting his first experience of FE’s Gen2 car. He also took part in the 2015 Punta del Este race in place on an injured Nick Heidfeld at Mahindra where he finished 13th.

Nissan also announced Super GT racer Jann Mardenborough as the team’s simulator driver, with 2017 Japanese Formula 3 champion Mitsunori Takaboshi as the test and reserve driver. He will be displaying the FE car at the NISMO Festival on Sunday.

“With FE events featuring practice, qualifying and the race all in one day, doing your homework with tools like the simulator is quite important. I’m looking forward to helping the team in this role,” Mardenborough said.

Takaboshi added: “To get the opportunity to drive the car on Sunday at the NISMO Festival is a tremendous honour. I can’t wait to show Japanese fans what Formula E is all about.”