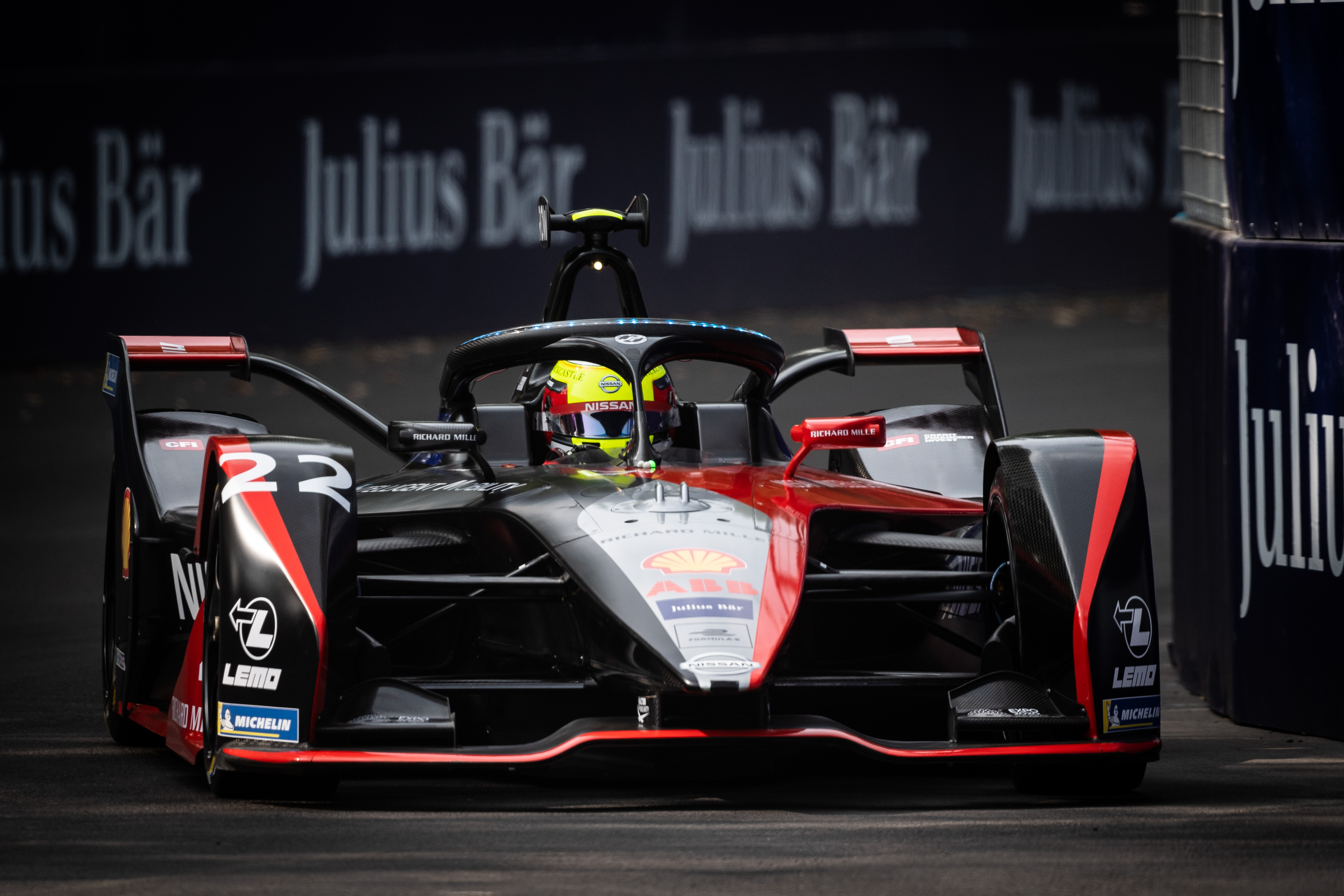 The Brit put in a 1:04.799 right before the session was cut short due to NIO 333’s Ma Qing Hua crashing with just over eight minutes of track time left. That meant that only three drivers, Rowland, Felipe Massa and Brendon Hartley managed to put in full power laps during the session.

Massa recorded a 1:04.930 in his ROKiT Venturi car which was good enough for second on the timesheets but 0.016 seconds slower than the fastest lap from the earlier FP1 session. Panasonic Jaguar’s Mitch Evans’ Attack Mode powered lap was good enough to place him third with Maximilian Guenther’s BMW i Andretti less than a tenth of a second behind him.

Andre Lotterer was the highest placed TAG Heuer Porsche in fifth with a 1:05.257 while sixth placed Antonio Felix da Costa was the lead DS Techeetah. Edoardo Mortara’s seventh place made ROKiT Venturi the only team with both drivers in the top 10 during the session.

Oliver Turvey was eighth for NIO 333 while Audi Sport Abt Schaeffler’s Daniel Abt placed ninth. Brendon Hartley, the third and final driver to record a full power lap during FP2, was 10th with a 1:05.540. The GEOX Dragon driver had an eventful session as he caused after 15 minutes when he left the pits with a cooling fan still on his front wing. The fan, which was still switched on, slipped off the car as he went around the second corner before a marshal recovered it and the track went live again.

Hartley is now subject to two investigations, the first for his unsafe release from the pits and the second for overtaking during the final red flag.

After topping the first practice session with a 1:04.914 Envision Virgin’s Sam Bird lack of full power running during the second left him 22nd on the time sheets.

The Santiago practices saw the first proper use of the Driver’s Eye cameras in Stoffel Vandoorne, Felipe Massa and Jerome d’Ambrosio’s helmets. The new cameras, which show the view from behind the driver’s visor, allow the public to see the session and how much work the drivers do from almost the same viewpoint as the driver.

Click here to see the results from both sessions.