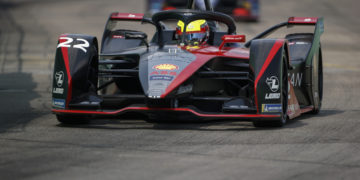 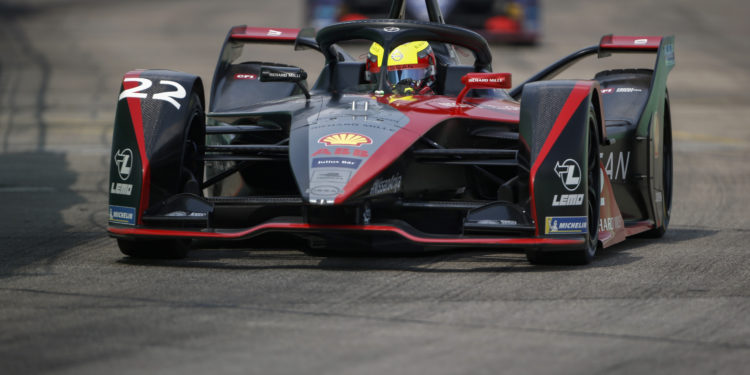 Nissan e.dams break the DS Techeetah hold on Berlin pole as Oliver Rowland will start at the front for the penultimate race of the season.

Rowland was third out in the Super Pole session but his 1:15.955 was enough to see off the other challengers and pick up the three points. Joining the Brit on the front row will be Envision Virgin Racing’s Robin Frijns, who had to sit out the fourth Berlin race when his car had powertrain issues and didn’t even make it out of the garage.

Neel Jani has had a very tough season so far but is hoping to end the season on a high and score his first points after securing third for Tag Heuer Porsche. Audi Sport Abt Schaeffler’s super substitute, Rene Rast, topped the group qualifying as the only driver to get into the 1:15s but couldn’t produce the same again in Super Pole and will join Jani on the second row.

It was another Super Pole session for Alex Lynn and Mahindra Racing, they will start fifth while Panasonic Jaguar Racing’s last minute substitute, Tom Blomqvist, made a glorious return to the Formula E paddock out qualifying his teammate to start his first race back in sixth place.

Just missing out on Super Pole by seven thousandths was the second Porsche of Andre Lotterer. The two Rockit Venturi Racing cars will start in the top ten as Felipe Massa and Edoardo Mortara posted the eighth and tenth quickest times. Splitting the Venturis for ninth on the grid was Geox Dragon’s Sergio Sette Camara.

Maximilian Guenther who qualified thirteenth will start a bit further back after picking up a three place grid drop, as well as a bruised wrist, from the opening lap incident in the previous race.

The big drama of the day came during group one when Jean-Eric Vergne, Antonio Felix da Costa, Lucas di Grassi and Sebastien Buemi tried to leave it late and be the last on on track. They all ended up heading out at the same time and fighting for track position, it was all for nothing though as the four of them all failed to complete their outlaps before the chequered flag and as such, with no time set, they will all start at the back of the grid.