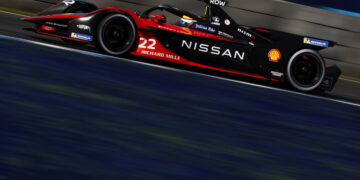 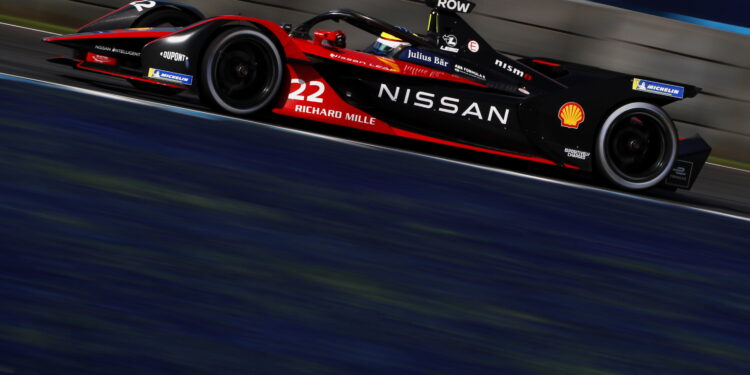 Puebla E-Prix 2 – Oliver Rowland will once again start on the front row for the Puebla E-Prix but this time the Nissan driver is on pole.

Rowland’s 1:23.579 was enough to secure pole for Nissan e.dams and, as he did yesterday, will start alongside Pascal Wehrlein just in the more preferred space on the front row. Both Rowland and Wehrlein were disqualified from yesterday’s race for a tyre admin error but while the Porsche driver had breezed through to take the win before that, the Brit had a much more difficult time.

Click here for all the Super Pole and qualifying times.

With radio issues on the grid that couldn’t be repaired he was on his own for the race and forgot to switch out of Safety Car mode which prevents the car from activating Attack Mode. As a result Rowland had retired the car a few laps before the end so the disqualification didn’t overly affect him.

Edoardo Mortara, who took his second podium of the year for Rokit Venturi yesterday, will start from third. The Swiss driver had the fastest final sector in the Super Pole shootout but was overall 0.307 slower than Rowland.

Fourth was Jean-Eric Vergne, the DS Techeetah driver should have a much easier job of it than his teammate and reigning champion, Antonio Felix da Costa whose group one effort will see him start P22.

BMW i Andretti’s Jake Dennis was the fastest in group qualifying but a big lockup and hitting a wet patch on his Super Pole lap saw him the slowest in the shootout, however Mahindra’s Alex Lynn had his time deleted for a technical infraction so the BMW will start fifth. Lynn’s time should have seen him into third but he will instead start on the third row in sixth.

Sebastien Buemi was the best of the group four runners, setting a time 0.639 seconds off Dennis’ group time and slotting into seventh for Nissan. Eighth was Nick Cassidy in his newly built Envision Virgin, the team had to stay up well after curfew in order to rebuild after the original survival cell was too badly damaged from his race-ending lap 1 incident yesterday.

NIO 333 will be starting ninth after a strong lap from Tom Blomqvist while Andre Lotterer rounds out the top ten for Porsche.

Group one was once again less than orderly. Frijns was given a hurry up call and passed Vandoorne on the banking just before they started their fast laps before setting the fastest first sector. However Rast, who was the lead car, made a mistake at turn 3 leaving him to go over the grass and was slow for the remainder of the lap which impeded Frijns behind him.

Aside from Rast, who lost multiple seconds on the grass, the other drivers all set very similar times but it was Vandoorne who did the best job. The Audi driver subsequently had his time deleted as the stewards decided he re-joined the track in an unsafe manner.