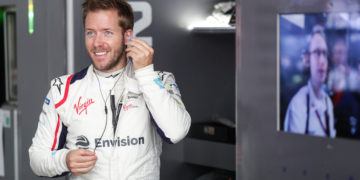 Sam Bird to switch from Virgin to Jaguar for season 7

Sam Bird to switch from Virgin to Jaguar for season 7 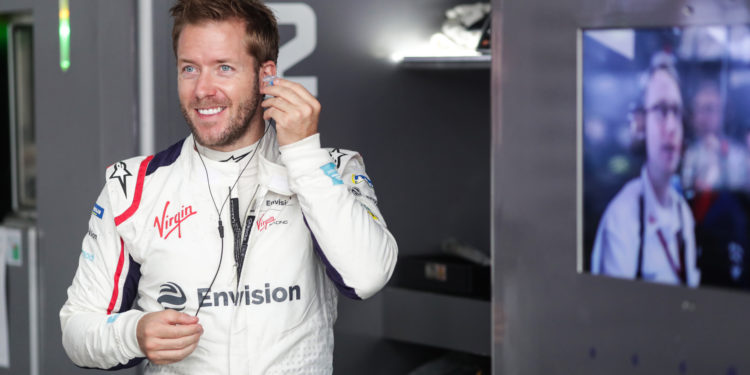 Bird has been driving single seaters since 2004, distinguishing himself with wins in GP2, Formula Renault 3.5 and WEC where he was LMP2 champion in 2015. He then spent three years with the Mercedes F1 team as their test and reserve driver before joining Formula E.

The Brit is one of only three drivers, along with Lucas di Grassi and Daniel Abt, to have raced in each and every Formula E event so far. With nine wins and 18 podiums under his belt, Bird holds the enviable title of ‘only driver to have won a race in each season’.

Envision Virgin Racing’s Managing Director, Sylvain Filippi, wished Bird well and hopes to end their partnership on a high in Berlin next month.

“I know I speak for the entire team,” said Filippi. “When I say Sam is one of the most likeable and decorated drivers in Formula E and, come mid-August, will leave us with the utmost respect and admiration.

“Being a founding member of this team like myself, I personally want to pay tribute to Sam for the excellent job he has done and for being a pleasure to work with over the years. Ever the professional, he remains just as committed and determined to end the season with Envision Virgin Racing on a high.”

Panasonic Jaguar Racing joined Formula E at the start of season three and after taking the first year to find their bearings in the series they became regular point scorers. They have been steadily improving year on year with season four seeing them take their first podium and pole position, while season five bringing their first win.

Heading into the final races of season six Jaguar are currently third in the Teams’ Championship while Mitch Evans lies second in the Drivers’ Championship with another win and podium already this season.

Bird gave a heartfelt thanks to Envision Virgin Racing, who he says “resurrected my racing career” and is looking forward to joining Jaguar’s “iconic British brand” from next season.

“Over the years, [Envision Virgin Racing] has become more like a family to me and has been a huge part of my racing career. Many will know that the team and Formula E resurrected my racing career and for that I am eternally grateful.

“I have so many memories and highlights – both on and off track – to look back on and I really hope there’s still a few more to come in Berlin before I embark on the next chapter of my racing career. And for sure, there is likely to be a tear in my eye come that final race.

“I am really looking forward to a new chapter in my Formula E career with Panasonic Jaguar Racing. I have watched Jaguar’s growth and progress in the series and am very proud to be driving for an iconic British brand with such a successful racing DNA and joining an incredible list of drivers that have raced for the brand.

“I am incredibly hungry for success and I believe that together with Mitch we can achieve great things for the team and ourselves. After Berlin, I can’t wait to test the Jaguar I-TYPE and be in the best place possible for season seven and beyond.”

Team Principal of Panasonic Jaguar Racing, James Barclay, welcomed Bird to the team and believes that with Bird partnering Evans the Jaguar team will have one of the strongest driver pairings on the grid.

“On behalf of the entire Panasonic Jaguar Racing Formula E team and everyone at Jaguar we would like to welcome Sam to the family,” said Barclay. “Since the start of Formula E Sam has demonstrated that he is one of the very best drivers in the championship and we believe that together we will form a great partnership.

“With Mitch and Sam we believe that we have arguably one of the strongest driver line-ups on the grid. With extremely close competition it is clear that to be successful in Formula E you need two drivers who can be competing for podiums at every race. We now have two proven race winners that are capable of enabling us to challenge for both team and driver championship titles next season.”