The Santiago ePrix has been confirmed on the season five calendar after organisers successfully changed the location of the event, following logistical difficulties.

The inaugural race around Forestal Park was met with protests from locals, who had been pushing the event organisers to relocate the event for season five.

With the original calendar coming out some time ago, the third slot in the schedule had been listed as ‘to be confirmed’ as the FIA gave the organisers time to find a suitable location.

For it’s second race, the fourteen-corner circuit – still subject to FIA homologation – will be hosted around the Movistar Arena in O’Higgins Park in the city centre. 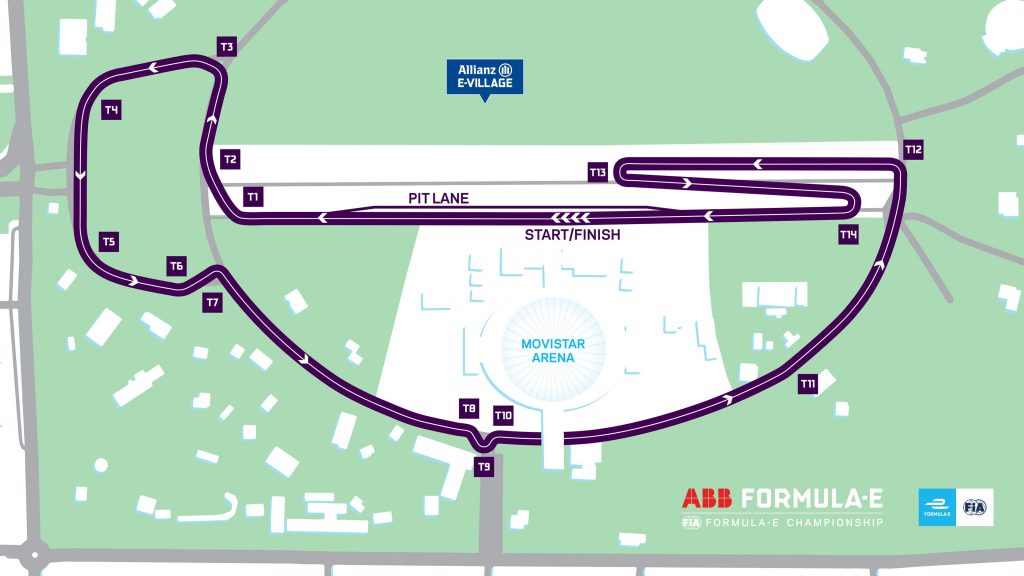 “I have particularly fond memories of the event last year and I really like the atmosphere of the city and backdrop against the Andes. I’d like to thank the Mayor Felipe Alessandri for his support – as well as the Minister of Sport Pauline Kantor, the Minister of Energy Susana Jiménez, the Intendenta de la Región Metropolitana Karla Rubilar and the President of FADECH Mauricio Melo Avaria for making it possible to host a race in Chile. Parque O’Higgins is an ideal location for an international sporting event such as ours.”

Last season’s Santiago ePrix played host to a thrilling duel between Techeetah team-mates Jean-Eric Vergne and Andre Lotterer, who made contact a couple of times in the race before securing the first one-two result for any team in Formula E.