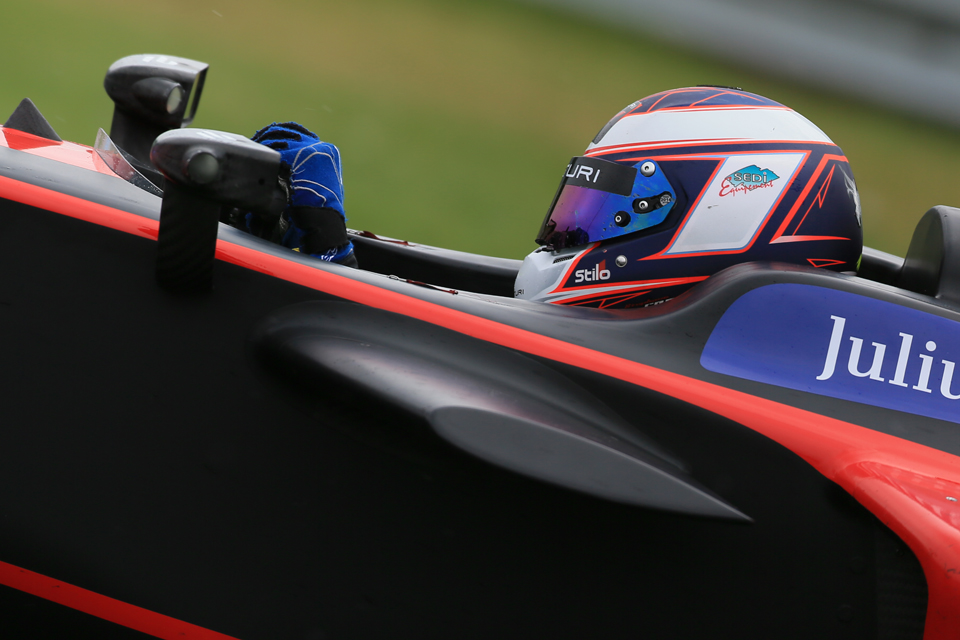 Sarrazin sets objective for his Formula E return in Berlin

Sarrazin sets objective for his Formula E return in Berlin

Berlin ePrix – Despite a problematic season for the team, Formula E returnee Stephane Sarrazin is optimistic of being able to secure a points finish in his first race for Andretti.

The former Venturi and Techeetah driver returns to Formula E after he was replaced at Techeetah by Andre Lotterer for the start of the season four.

He concentrated on World Endurance Championship and team ownership duties before signing for the Andretti team for the remainder of the season, replacing Tom Blomqvist.

Speaking ahead of the Berlin ePrix, the 42-year-old was content with his simulator preparations in his bid to make a return to the points.

“I’m really excited to be back in Berlin and with Formula E,” said Sarrazin. “We did a great job in the simulator where I got to meet Valentin, my engineer. This race will be tough for me because I haven’t done a Formula E race since New York but I will give my best to the MS&AD Andretti team.

“The target is to score points! I also got to work for the first time with António [Félix da Costa] and it’s great to be with a top driver like him. We worked well together and I’m sure that it will be the same on track.”

Team-mate Antonio Felix da Costa added that he was looking for a repeat of his superb qualifying result in Paris and hoping to convert it into a better race result.

“Berlin is an important race for us, being the home race of BMW. We are going to have a lot of important people there and we are looking forward to building on the performance from qualifying in Paris.

“We want to get a little revenge for the unfinished business we had last race. The MS&AD Andretti team is very motivated, I’m very motivated, and we are looking forward to getting out there and going for it.”