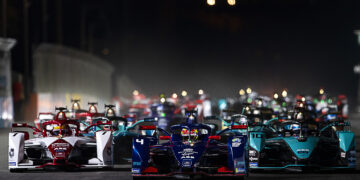 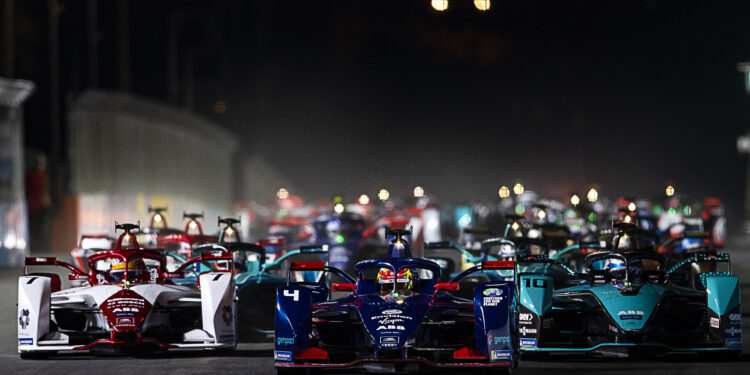 Formula E – The World Motor Sport Council has this evening signed off on the calendar and new rules for Formula E’s 8th season next year.

The calendar is mostly the same as when it was provisionally announced during the summer however the inaugural Cape Town E-Prix has been put on hold. That event had been scheduled for the end of February however there is now a TBC race listed for the following weekend instead.

The other calendar change is that the June race slot, between the previously announced Berlin and Vancouver events, has now been set for Jakarta’s debut E-Prix. The Indonesian capital had been scheduled for the summer of 2020 but, the global pandemic put pay to that happening that year and also the following season.

In the race there will no longer be energy deductions when the safety car or full course yellow are in play, instead for each minute racing is neutralised there will be 45 seconds added to the race time, up to a total of 10 minutes. This additional time will not be added on if the race has less than five minutes left on the clock.

So that means we might be looking at longer races but we will definitely have faster ones as the cars will have 220kW of power (up from season 7’s 200kW) in normal mode while Attack Mode will be getting a bump up from 235kW to 250kW.

Speaking of season 8 Formula E’s CEO, Jamie Reigle, said “With more races in more global iconic cities than ever before the season ahead is set to be our largest to date as we rebound from the impacts of Covid-19 over the last two seasons.

“Combined, the revised calendar and new regulations will mean that Season 8 of the ABB FIA Formula E World Championship is expected to be the best yet for our teams, drivers and fans.”

And lastly, there will be a new qualifying format to get our heads around once the season starts too. Up to now qualifying has always been an issue of contention amongst the drivers, from the random lottery deciding the groups in the early seasons to the more championship standings deciding the group, drivers have never been happy to be in the first group and having to tackle the track usually at its worst.

From season 8 though, all drivers will be split into two groups based on championship standings. Each group will have 10 minutes to set as many fast laps as they want during that time and the fastest four from each group will then progress to the quarter finals, the first of a series of head-to-head elimination duels which culminate in the final to decide pole position.

The runner-up will be in P2, while P3 and P4 will be the losing drivers in the semi-finals, while P5-P8 will be those who didn’t make it past the quarter-finals. All those positions will be decided by what lap times they did. The remaining spots, P9 to P22 will be divvied out to the two initial groups with the odd positions going to those who were in the group with the eventual pole-sitter and the even grid slots to the other group.

“The changes being made to qualifying and race time,” said Alberto Longo, Formula E’s CCO and co-founder. “Reflect our and the FIA’s focus on sporting integrity and maximising the racing spectacle. Our new qualifying format will showcase the teams and drivers head-to-head throughout the season while still allowing any driver on their day to take pole position. For our fans, the new qualifying format was designed to be intuitive, unpredictable, and entertaining.

“The ability to increase race time when we have incidents during the regular 45-minute race is a product of the rapid evolution of electric vehicle technology and the continual improvements in energy efficiency by ABB Formula E teams.”