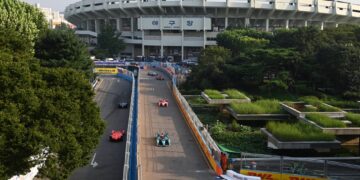 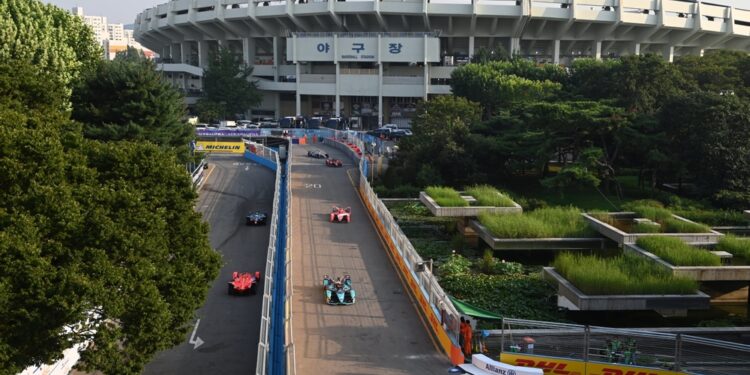 After starting the season way back in January, season 8 and the Gen 2 era will come to an end this weekend wirh a double header in Seoul.

The inaugural Seoul race was set for May 2020 but was then cancelled for obvious reasons. It was initially added to the season 7 calendar, set for a May 2021 date, but was once again called off.

The Seoul track is a 2.6km, 23 turn mix of straights at the end of the lap and a more intricate twisty section for the first sector and a bit.

Whereas the original cancelled races would’ve seen the South Korean city scheduled mid way through the seasons they will now enter with a bang getting to host the championship finale weekend and the last of the Gen 2 races. 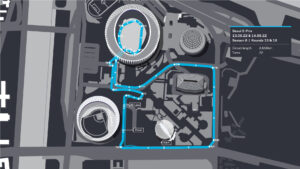 Stoffel Vandoorne is out ahead in the championship standings with a 36 point lead over Mitch Evans while Edoardo Mortara is a further five points back.

Jean-Eric Vergne is mathematically still in the running, 57 points off Vandoorne’s lead with 58 points on the table but for him to take a third championship the Frenchman would need to take maximum points in every session with Vandoorne failing to score while Evans and Mortara would also need to have bad weekends.

On the team side of things Mercedes, strangely enough, also have a 36 points lead at the top if that championship with Venturi in currently sitting second while Jaguar trailing the Monegasque team by a further eleven points.

Bird sitting the weekend out

The winner of the final race last season will be back on the grid this weekend after Norman Nato was announced to be sitting in for Sam Bird at Jaguar. Bird hurt his arm in an early race incident during the second London E-Prix, despite that the Brit still managed to fight his way up into the points but was taken to the hospital post-race for evaluation.

It was discovered that he had a displaced mid-shaft fracture and there was not enough time between races for him to recover from his operation. That means that Bird will now not get a chance to continue his streak of taking a win in every season and these races will be the first in Formula E that he misses.

Porsche will have a special livery this weekend, swapping from their red, white and black as they celebrate the release of the TAG Heuer Connected Calibre E4 – Porsche Edition. For Seoul they will race in frozen blue and black to mirror the new smartwatch.

Vergne might’ve been effectively knocked out of championship contention after an awful run of results in New York and London but something much more important has happened since then as he and his wife welcomed their first child, Leo, on the 3rd of August.

Formula E and di Grassi at 100

The season finale this weekend will be a milestone for the series as it Sunday will be the 100th ever E-Prix. To date Sam Bird and Lucas di Grassi are the only two to have competed in every race but with Bird having to miss Seoul that will leave di Grassi as the sole driver to make it to 100 races on Sunday.

The 100th race will also be the Brazilians 16th and last for Venturi as he has just been announced alongside Oliver Rowland at Mahindra for next season.

The wonderfully unique batmobile style Gen 2 car has been with us since the start of season 5, it was originally scheduled to be replaced from season 7 with the Gen 2 Evo but that was scrapped due to cost saving measures introduced as a result of the covid-19 pandemic.

This weekend will see the Gen 2 sign off from duty with its 54th and 55th races before the pointy, slealth-fighter inspired Gen 3 takes over from next season.