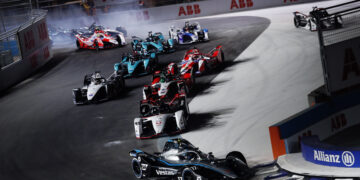 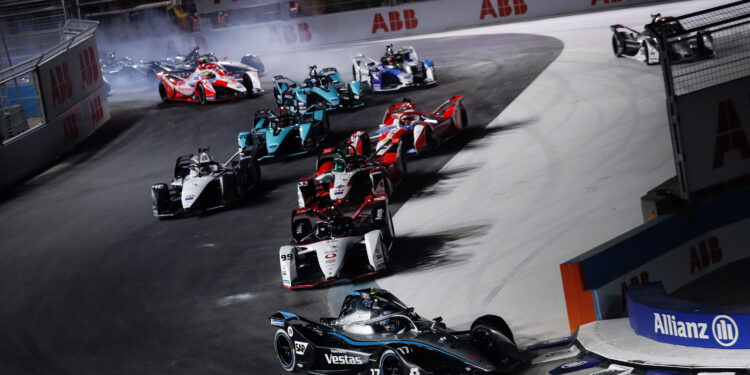 Who’ll be fighting for the title in the final year of the Gen2 era, where will they be racing and what are the new rules for the season?

After an incredibly close-fought championship last time out and the fact that, at least hardware-wise, all the cars are the same as they were in season 7, it all looks good for the Gen2 to go out on a high after giving us another incredible championship battle.

With Audi and BMW departing from the series at the end of last season, there will only be eleven teams competing now as Abt decided to leave while Andretti elected to continue.

Heading into their final year in Formula E, Mercedes are sticking with their tried and tested duo of Vandoorne and de Vries for a third year. The team will be aiming to retain both of the World Championship titles they won last season.

Both drivers appeared on the podium multiple times last year and both have had success in Diriyah, Vandoorne taking P3 in both season 6 races while de Vries took his maiden win in the opening race in season 7.

With a new title sponsor, Tata Consultancy Services, and new multi-year contracts for both their race-winning drivers, Jaguar are looking very comfortable ahead of their next assault on the World Championship crowns.

Bird, the only driver to have won a race in every season so far, has been part of the majority of Formula E title fights and was still well in last year’s battle despite having had 6 DNFs and a DSQ.

Evans meanwhile has been part of the past two fights but has seen things fall apart in Berlin both times, and so the Kiwi will probably be relieved to see the German rounds scheduled for the middle of this season and not the end.

The only team on the grid to have seen both their drivers to championship titles – Vergne taking back-to-back wins in seasons 4 and 5, the only driver to have successfully defended his crown. While da Costa was then the one to snatch it away from the Frenchman in season 6.

With a change in team ownership after Envision took over fully from Virgin, the team decided that driver continuity was the key for season 8, after a good year for both the experienced and rookie racers. Frijns well in the title fight with Cassidy impressing, equalling the number of podiums his teammate had (2 second places each).

With homologated cars from last year, while Audi have left the series, Envision will still be using the Audi powertrain for the season.

With two wins, including one at his home event, Dennis’ rookie season was one to aim for. The Brit finished the year third in the championship, one of the many contenders whose luck abandoned them at the season finale.

For the first time since season 1, there will be an American on the grid and just as they did, Oliver Askew will be driving the Andretti team’s #27 car. Askew won the 2019 Indy Lights championship with Andretti and is glad to be back with the team facing this new challenge.

Andretti had been the official BMW team since season 5, and as with Envision, they will continue with the branded powertrain this year despite the German manufacturer’s departure.

Mortara heads into his fifth season with the Monegasque team after their most successful year yet. The Swiss driver taking four podiums, including a win in Mexico, on his was to P2 in the championship. He’s joined by season 3 champion, Lucas di Grassi, who had to make his first team change of the series when Audi left after last year.

Porsche are continuing with their line-up from last year, the two each took a podium in season 7 but the German team are still waiting for their debut victory after an admin error led to their disqualification in Puebla just as Wehrlein had taken the chequered flag with a comfortable lead over the rest of the field. Lotterer had a disappointing first half of the year but will be hoping to continue with his good form from the final races.

After three years with Nissan, Rowland is back at the team he made his Formula E debut with for a one-off appearance in season 2. While Sims will be staying with the Indian team, and potentially dancing his way to more podiums, for a second year.

Taking over Rowlands spot with Nissan after two years and three wins with BMW, is Guenther. The young German teaming up with Buemi who will be looking to forget his disaster of a season last year, which saw the season 2 champion only take points in three events and fail to finish on the podium for the first time.

Sette Camara, who is staying with the American team for a second full season, will be joined by fresh-out-of-F1, Antonio Giovinazzi. Dragon had their best result in years last season when they took P2 in the chaos that was the first Valencia E-Prix, and the team will be looking to equal if not better that in season 8.

The team will be looking to start the season as strongly as they did the last as they banished the memories of 0 points in season 6 by racking up points in each of the first four races last year. NIO 333 stalwart, Turvey, will be joined by fresh-from-F2, Dan Ticktum.

What’re the changes since last year?

Underneath all their shiny new liveries, all the hardware on the cars are the same as last season. As a cost-saving method once the pandemic started, it was agreed that the teams would only be able to change powertrain parts once over the course of seasons 7 and 8.

All teams opted to do so last year so, while they will all have worked on new software updates, essentially the cars are as they were last season and that should hopefully give us another very competitive year to enjoy.

The biggest format change for the season is qualifying, the four groups followed by super pole now replaced by two groups and multiple knockout “duels”.

Unlike the old system, the frontrunning cars now won’t be sent out first to deal with the least favourable track conditions but will this new, fairer qualifying mean that Formula E won’t be as unpredictable as it has been up to now? James Barclay, Jaguar’s Team Principal, feels that a “clearer narrative will emerge earlier in the season” however Mitch Evans did remind us that the field is “very competitive” and you need to get everything right to be at the front.

Another big new change is that instead of the total allowed energy being reduced for every minute that the Safety Car of Full Course Yellow appears in a race – which caused chaos at the end of the first Valencia E-Prix last year – now instead, 45 seconds of race time will be added on to the initial 45 minutes + 1 lap of the race. There’s a maximum of 10 minutes that can be added and any SC or FCY appearances with 40 minutes or less left on the clock won’t add any extra time).

Free practice time has been shaved down a bit, all sessions will now run for 30 minutes whereas previously FP1 would be 45 minutes long.

With BMW leaving the series, so have the BMW owned Safety Cars. The i8 and Mini Electric Pacesetter have bowed out and Porsche have stepped in to keep a German car at the front with the Taycan Turbo S as the new Safety Car.

And finally, the drivers have more power to play with as last season’s 200kW has been upped to 220kW for the Gen2’s last hurrah, while Attack Mode will now give 250kW for the activated period instead of the 235kW it was previously.

As it stands currently, season 8 will see Formula E head to three new cities – Jakarta, Vancouver and Seoul. The inaugural Indonesian and South Korean events were originally supposed to take place just over half-way through season 6 aka the 2019-2020 season, but obviously that didn’t work out.

Canada’s west coast will also make its debut appearance, Formula E was in the country in 2017 but that was in the much more easterly city of Montreal.

The Mexican race will see the series return to the Autodromo Hermanos Rodriguez after heading a couple of hours outside Mexico City to race in Puebla last year while the usual location was serving as a temporary covid hospital.

After a thrilling debut for Formula E on the full Monaco circuit last season, the Principality has decided that biennial races just weren’t cutting it and so the all-electric series will now visit every year instead.

As is the norm for Formula E’s double-headers in Diriyah, the races will be run on Friday and Saturday afternoons, with Free Practice 1 taking place on Thursday so that the first time the drivers take to the track under the lights isn’t in the E-Prix itself. 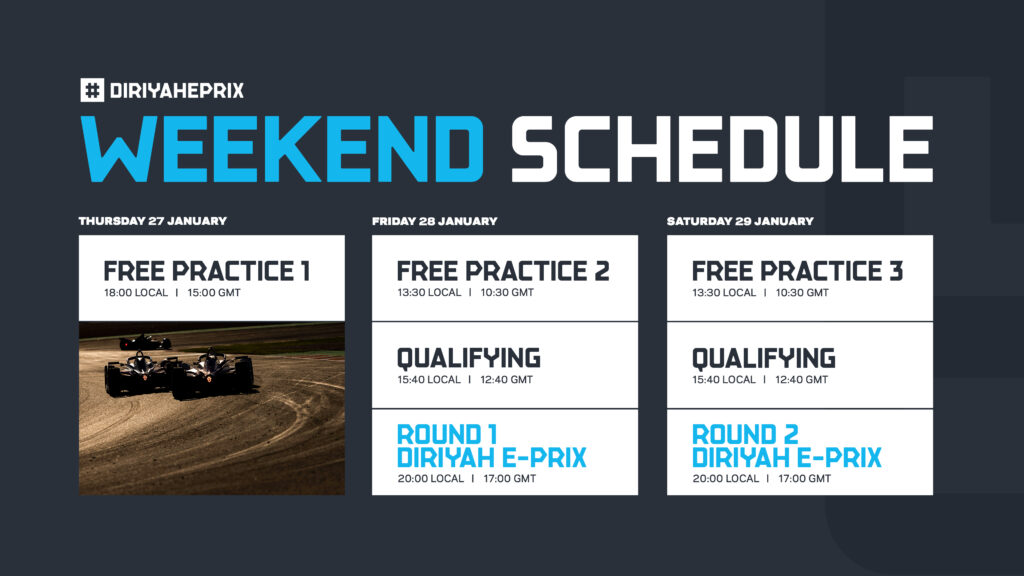