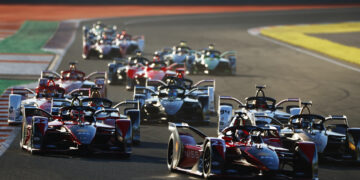 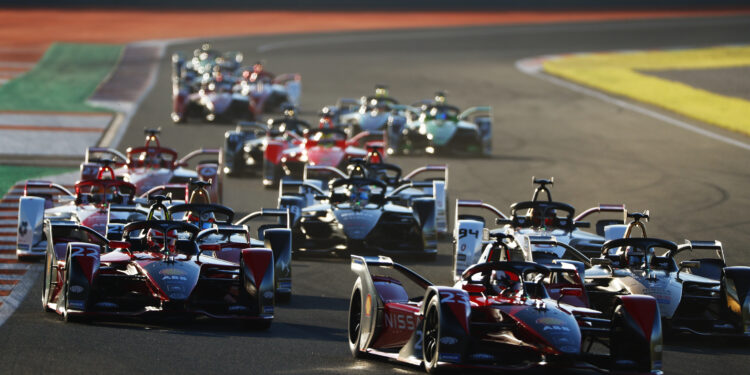 Formula E have announced slight changes to next season’s schedule and qualifying, as well as financial rules which will come into play for season 9.


There have been slight changes to the race calendar with both of the early season ‘to be confirmed’ races, one of which was supposed to be held in China, have now been removed meaning that there will be no E-Prixs in March and there will be an eight week break between the Mexican and Italian rounds.

Despite those two potential events being cancelled, the number of races for the season will stay the same as both Rome and Berlin have been upped to double-headers.

The remainder of the grid will be the other finalist in P2, the semi-finalists who didn’t progress in P3 and P4 depending on their lap times. The quarter-finalists in P5 to P8 again in order of ascending lap times. P9 will go to the first driver in the polesitter’s group who missed out on progressing to the knockout stages. The fifth placed driver from the other group will be P10 and the rest of the grid lines up with each position alternating between the polesitter’s original group and the other group.

After testing the format out during the pre-season test in Valencia last month, there were some tweaks made. Each of the group sessions will have 12 minutes of track time instead of 10 and each driver has to put in at least one qualifying lap by the halfway point of the session.

While initially the plan was to give a point to the driver who set the fastest lap overall in qualifying, that has now been scrapped and so it now qualifying will only award three points to the polesitter.

“The race and qualifying simulations conducted in Valencia,” said the FIA’s Director of Formula E and Innovative Sport Activities, Frederic Bertrand. “Successfully corroborated the new formats and set the scene for a particularly thrilling eighth season of the ABB FIA Formula E World Championship. In consultation with the teams, we simply made a few minor tweaks to facilitate the process. We are really looking forward to the first race of the season in Saudi Arabia, and hope fans are just as excited as we are about the spectacular action to come.”

Starting on October 1st 2022 Formula E will have a set of financial regulations to adhere to on top of the series’ sporting and technical regulations. There will be separate rules for teams and manufacturers, and compliance with the new rules will be monitored and regulated by the FIA’s Cost Cap Administration.

For teams there will be a maximum expenditure of €13 million in seasons 9 and 10, though there will be some exceptions made for existing contractual commitments. From season 11 the limit goes up to €15 million, which will include driver salaries.

Manufacturers will be subject to a maximum of €25 million for two consecutive seasons including research and development, support for customer teams, and manufacturing.

“Over the past 18 months,” Formula E’s CEO, Jamie Reigle said. “We have worked closely with the FIA and all participants in the ABB FIA Formula E World Championship to create a regulatory framework that will underpin the long-term financial sustainability for all participants in Formula E.

“When combined with recent enhancements to our technical regulations and sporting formats, this financial system will strengthen Formula E’s value proposition. In partnership with the FIA, we have created a framework which places long-term financial success at the core of the Championship which will support our existing teams and manufacturers while attracting new competitors and investment.

“The financial regulations are designed to complement our ambitious technical roadmap and enable manufacturers in Formula E to showcase the potential for electric vehicles in the most demanding racing conditions: the ABB FIA Formula E World Championship. The shift to electric vehicles is accelerating, Gen3 will set the standard for performance and efficiency. There is no turning back.”

Season 8 calendar as it currently stands: