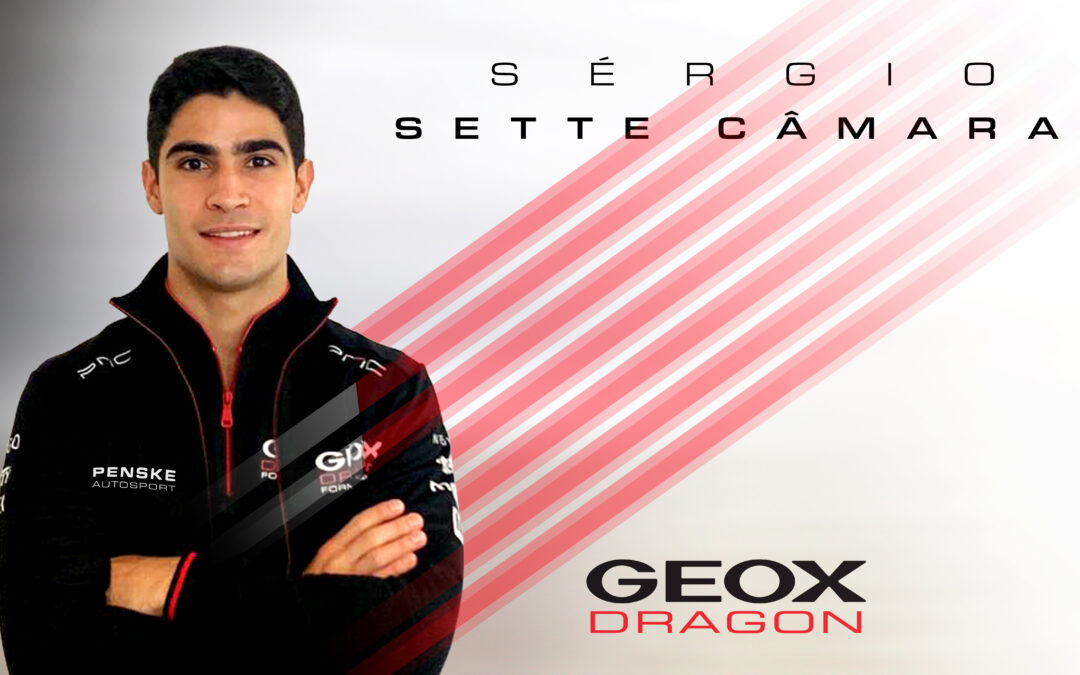 The Brazilian has spent the last three years competing in the FIA Formula 2 Championship where he has taken 18 podiums including three wins. He also spent last season as test and development driver for the McLaren Formula One team.

Sette Camara will get his first taste of Formula E at next weekend’s Rookie Test after the Marrakesh E-Prix where he will be joined by Dragon’s other new test and reserve driver, Joel Eriksson.

In their press release, Sette Camara said “I can’t wait to drive a Formula E car for the first time. Working with the Team at Geox Dragon in Silverstone has been a great experience so far, and we will continue to work hard to make improvements on the Penske EV-4 package this season.

“I am extremely grateful for the opportunity to collaborate with Geox Dragon this season. It is a great opportunity, and I thank Jay Penske for entrusting me with this role.

“I am looking forward to the test in Marrakesh, and I am excited to continue my work on our Season 6 package and our simulation tools.”

Owner of Penske Autosport and Geox Dragon, Jay Penske added that “with Sérgio’s addition to the Team, we are fortunate to now have what I believe to be the best all-around, race and test line-up in the series.

“Sérgio is a promising young driver that has demonstrated his raw speed and racecraft throughout the junior single-seater categories. I look forward to seeing the results of his test in Marrakesh and his work developing our current race package and the simulation tools we need to return to the front of the most competitive grid in Motorsport.”