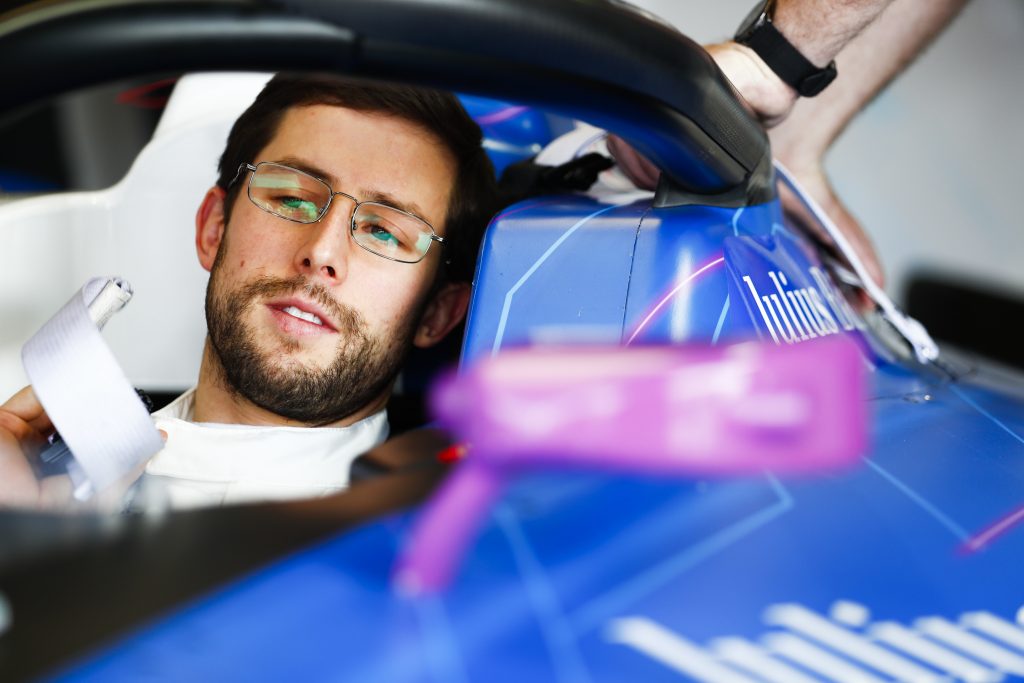 Sims – It’s the hard years that you learn the most

Sims – It’s the hard years that you learn the most

After his rookie season during the 2018/2019 ABB FIA Formula E Championship, Alexander Sims is ready for another year with the BMW i Andretti team.

Speaking during October’s pre-season test week in Valencia, Sims chatted about his debut season in Formula E and what surprised him most about his time in the series so far.

“I went into the season knowing full well that I would have to keep learning through the year and learn as much as possible, as quickly as possible,” said Sims. “My pace with the car surprised me a little bit, because that seemed to come a little bit easier than I expected.”

“The execution of a clean race weekend seemed to be extremely difficult for many races and something always happened, sometimes my fault, sometimes technical, sometimes other drivers and sometimes things completely outside of my control.”

Despite the majority of Sims’ debut being quite difficult, the most obvious lows being when both BMW’s clashed while leading 1-2 in Marrakesh and his six race no-point streak during the middle of the season, the Brit can see the silver lining to his rookie year now as he prepares for his second season.

“That was probably the biggest surprise, having to deal with so many challenging situations, but it’s good it’s all part of learning. Actually in every year that I’ve had racing in my career it’s the hard races or the hard years that you learn loads, and then the good years end up being relatively straightforward and easy.

“You’ve got to go through those learning processes so it was good, and the biggest thing I’m glad of is that I’m back for another season to try and put some of those lessons learnt into practice and benefit from them.”

Looking forward to season 6, Sims believes the level of competition will be just as high, especially now that Mercedes-Benz and Porsche have joined the series.

“I think the field will definitely be as competitive, whether that translates into multiple winners again I don’t know. I think it’s certainly going to be just as difficult to do well, if not more difficult, now that we’ve got the addition of another top team [Porsche] and HWA morphing into Mercedes.

“I anticipate it being a very difficult year again, I think you just have to look at the championship results and the points scored by all the drivers. Everyone pretty much had such an up and down year and everyone can point to multiple places where they could’ve scored a chunk more points so it’ll be just as hard I’m sure.”

Season 6 starts this week with a Diriyah E-Prix double header on Friday and Saturday.