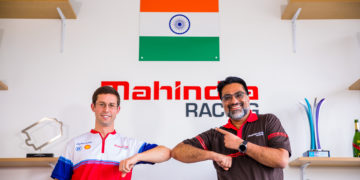 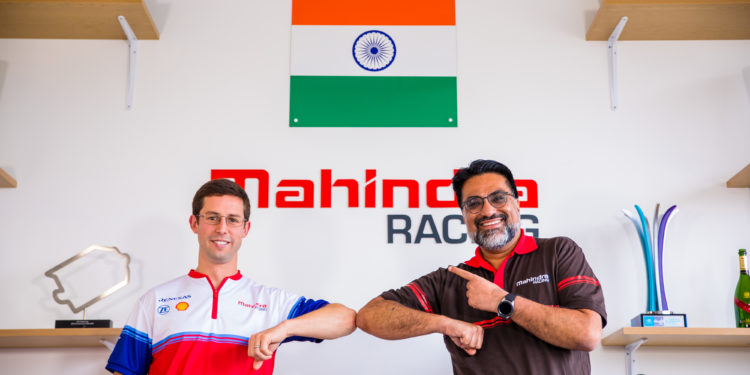 Alexander Sims was announced this morning as the first of Mahindra Racing’s lineup for next season’s ABB FIA Formula E World Championship.

After two seasons with the BMW i Andretti team, which saw the Brit shine brightest at the final two races of his debut season and the opening double header of his second. Those four races saw Sims equal his best finish at the time, fourth, before closing the season with a debut pole and podium.

The pole was repeated in both the Diriyah races, seeing the BMW driver setting a new record for most consecutive pole positions in the series, and his first victory came in the second race of the season.

The series went into hiatus with Sims third in the drivers’ championship however, apart from Guenther in race three, the BMWs weren’t as competitive as the first half of the season.

While Guenther will remain with BMW, Sims has decided to seek his fortune elsewhere and will join Mahindra Racing for the upcoming season.

“I’m delighted to be joining Mahindra Racing and continuing my Formula E campaign,” said Sims. “It is an exciting opportunity to bring on the team’s package and challenge for strong results.

“Promoting sustainability and electric mobility is important to me personally and competing in Formula E provides a strong, innovative and forward-looking platform to raise awareness. I want to thank BMW i Andretti Motorsport for all its support during the past two seasons and wish the team well for the future.

“It’s been a huge learning curve coming into Formula E – it’s such a different discipline in motorsport and brings with it great new challenges. I’m excited to continue learning and to use my knowledge to support Mahindra Racing in the upcoming season.”

As Sims joins the Indian team Jerome d’Ambrosio will leave, the Belgian has been part of Formula E since the beginning and has three victories to his name so far. He signed with Mahindra for season five, after four years with Dragon, though the partnership started well with a third place and a victory in the first two races they fell away after that, season six saw a fifth place as d’Ambrosio’s highest of the year.

“I’m thrilled on behalf of the whole team to welcome Alexander,” said Mahindra Racing’s CEO and Team Principal, Dilbagh Gill. “I’m extremely excited about working with him and the prospect of what we can achieve together is motivating.

“In Alexander we have a proven racing talent plus someone that embodies what Mahindra Racing stands for with his personal principles in the areas of electrification and sustainability. He is an intellectual driver, a very nice guy and a team player; I’m enthused about what Season 7 will bring and look forward to announcing Alexander’s team-mate in due course.

“At the same time, I would like to pay tribute to Jerome, who leaves us after two years with the team. We have had some great moments together and I wish him all the very best as he moves on to new endeavours. He is a class act and I look forward to seeing what he does next.”