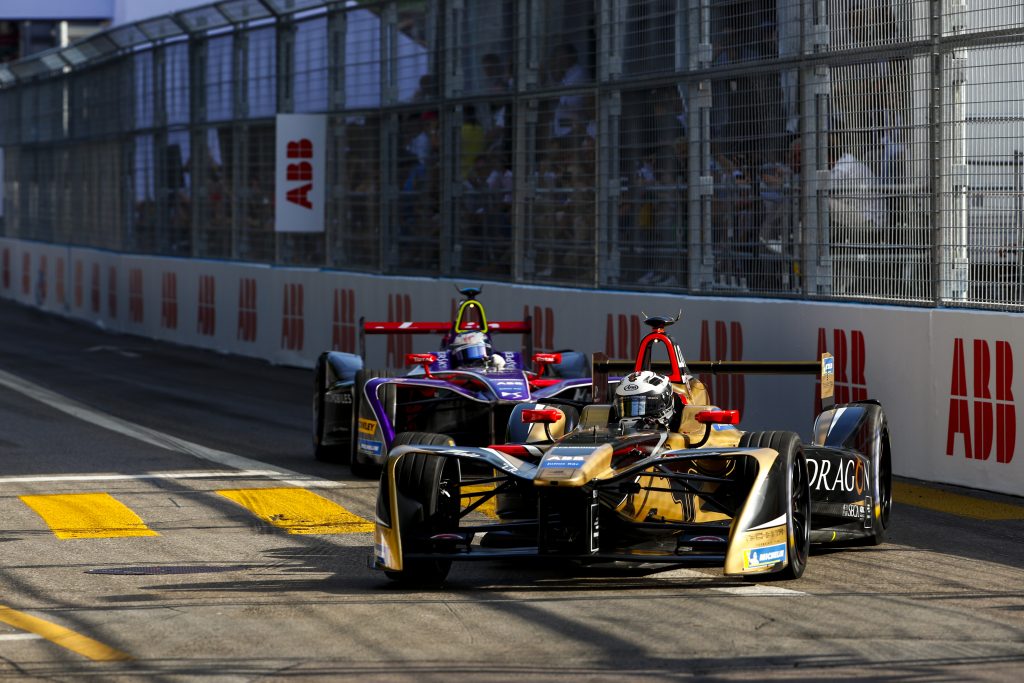 Techeetah has formally announced DS, formerly of Virgin Racing, as its manufacturer partner for the 2018/19 Formula E season.

Virgin confirmed on Sunday that DS would be parting ways with the team, which is set to take on an Audi powertrain for next season, becoming the second customer team on the grid alongside HWA which will use Venturi power.

“Our involvement in Formula E is an integral part of DS Automobiles’ commitment to the electrification of our model line-up,” said Director of DS Performance Xavier Mestelan Pinon.

“The DS E-Tense FE 19’s development began several months ago with the objective of being in a position to challenge for the top step of the podium from the opening race of the 2018/2019 campaign.

“Our association with Techeetah, who recently celebrated winning the 2017/2018 driver’s title in addition to coming second in the teams’ standings, is geared towards this target.

“Techeetah has demonstrated their exceptional skill and knowledge in electric street-racing over the last season and we’re looking forward to combining our expertise to create a championship winning team and I am convinced that our two entities will dovetail perfectly.”

For the first time in either its current guise or its previous life as Team Aguri, Techeetah will become a manufacturer which will allow it 15 days of private testing.

As a Renault customer team, the only testing Techeetah was privy to was the public three-day pre-season testing in Valencia and the post-Marrakesh rookie test.

Both Techeetah drivers Andre Lotterer and new Formula E champion Jean-Eric Vergne were announced as DS test drivers in June, and have driven the DS E-Tense FE 19 at Calafat.

“We’re very excited about teaming up with DS Automobiles as we enter a new era of Formula E with the Gen2 car,” said Techeetah President Edmund Chu.

“DS has extensive experience in Formula E having been a championship manufacturer since season two and finishing within the top three each season.

“We’ve had some brilliant battles on track this season with DS and we can’t wait to combine the wealth of experience and expertise of arguably two of the best teams in the paddock, as Techeetah becomes a manufacturer team for the first time.”

Vergne and Lotterer are expected to be announced officially as Techeetah’s drive-line up for the 2018/19 season on October 1, along with details on the new DS partnership.