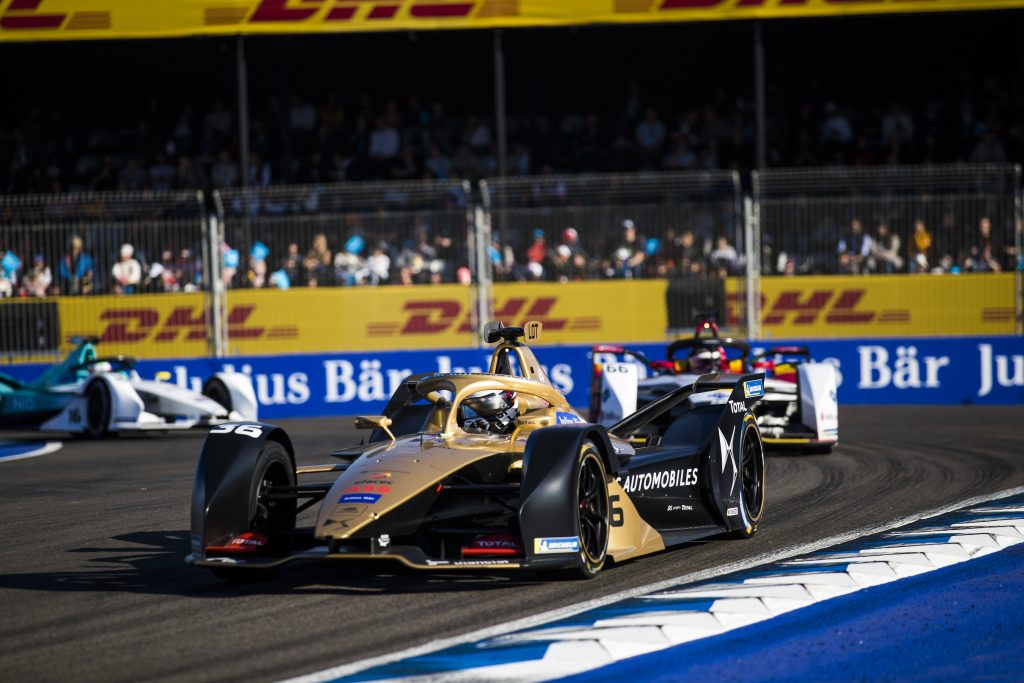 Reigning Formula E champion Jean-Eric Vergne his DS Techeetah team has used its “jokers” on race errors in the first two rounds of the 2018/19 season.

Exceeding the maximum regen of 250kW, giving both its drivers drive-through penalties, cost the team a 1-2 finish in the opening race in Ad Diriyah, handing the win to BMW Andretti’s Antonio Felix da Costa.

Vergne spun at the start of the Marrakesh race after colliding with polesitter Sam Bird, while team-mate Andre Lotterer made a mistake in qualifying which left him 20th on the grid. Vergne reckons they cannot afford more errors this season.

“I think we’ve had our jokers of mistakes that we as drivers and we as a team have this year,” he told FormulaSpy.

“It cost us two wins so hopefully in Santiago we can have our heads straight and win.

“The potential of our guys is amazing. We were clearly the fastest [in Marrakesh], it’s good moving forward in the season.

“When you look at our pace the win was possible. I feel extremely frustrated but taking the positives is that with that mistake finishing P5 is very good. The other positive point is we have a very strong car in the race.”

Despite the errors Techeetah is leading the team’s championship by seven points to Mahindra and BMW Andretti who are tied on 40 points.

BMW would have likely led a 1-2 finish in Marrakesh before Antonio Felix da Costa and Alexander Sims clashed in the lead battle, handing the win to Mahindra’s Jerome d’Ambrosio.

Andre Lotterer believes Techeetah would have beaten the BMW pair had he and Vergne not made mistakes.

“This race was going to show which team or car has the most efficient powertrain because it was quite a big efficiency race. It showed that [BMW] have quite a good powertrain,” he told FormulaSpy.

“We had the pace to be top three in quali and if you look at our race pace it would have been a fight for the front.”