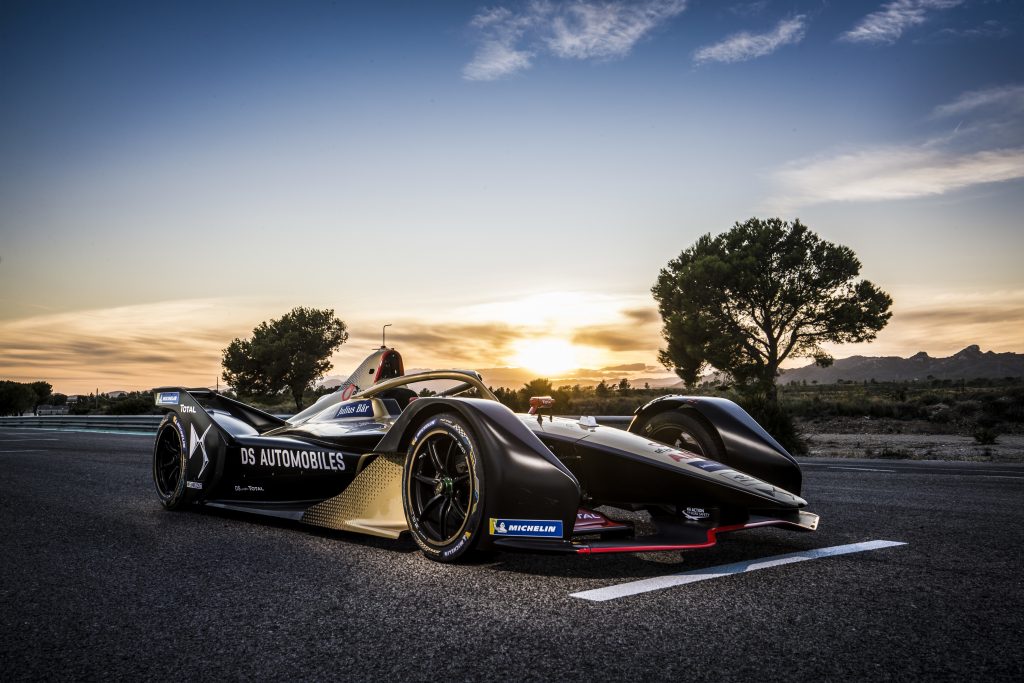 
The livery for the new car, which will be driven by Jean-Eric Vergne and Antonio Felix da Costa, was designed by the DS Design Studio and sticks with Techeetah’s traditional black and gold colour scheme. Additional design features such as the team’s cheetah head logo and two laurel wreaths have been incorporated into the decoration, while Vergne’s car will celebrate his status as double Drivers’ Champion with two gold stars.

Speaking about the new design DS Techeetah’s Chief Commercial Officer, Keith Smout, said that the addition of their logo to the design pattern was also a reminder of their relationship with The Big Cat’s Sanctuary.

“The DS E-TENSE FE20 is a design evolution from our championship winning car. We wanted to stay true to our past and continue to celebrate and honour our success by keeping the now iconic gold and black livery whilst fighting for more titles.”

“If you look closely, you can see that the pattern is made out of our cheetah head logo, which also nods to our continued efforts in supporting The Big Cat Sanctuary’s fight in saving the cheetahs and other big cats. A topic that is more pressing than ever and a cause that is close to our hearts.”

Xavier Mestelan Pinon, DS Performance Director, meanwhile spoke briefly of the changes beneath the new exterior. “The team has used the experience that allowed us to win both titles to further develop the potential of the car.”

“Our engineers have optimized most of the elements by further developing our winning concept rather than completely rethinking the car. The engine, the inverter and the transfer case have evolved, but the deeper changes are in the heart of the embedded systems.”

“All this ambitious research and development work aims to offer the drivers a car that allows them to fight to win and defend both titles in the coming season that starts on 22 November in Riyadh.”

Click on the images below to see the new livery.