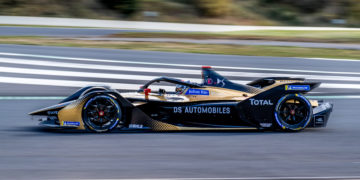 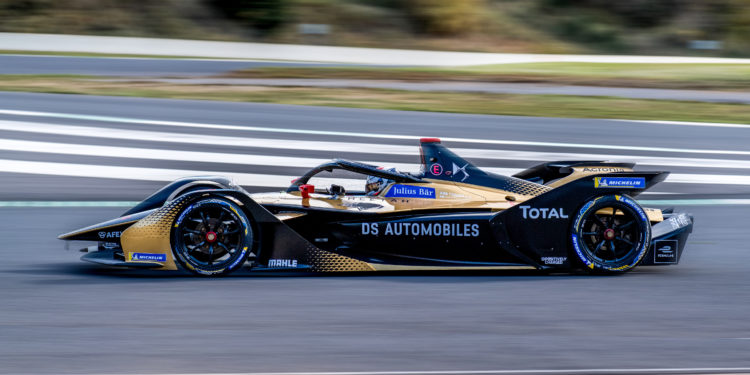 DS Techeetah will start their double title defense with an upgraded version of their season 6 car before switching to the new one for round 5.

Earlier this year Formula E announced that, in an effort to reduce costs and ease financial pressures on teams as a result of the pandemic, teams will only be able to change their powertrain components once over the next two seasons.

“As a result of the health crisis,” said DS Performance Director, Xavier Mestelan Pinon. “Formula E amended its regulations and instead of homologating a new car ahead of the season start, we’ve been given the opportunity to extend the homologation until the end of the 2021 World Championship.

“We’ve chosen to take a new approach given this opportunity and we have developed two cars simultaneously. Given the tremendous results from Season Six and the DS E-Tense FE20, we will start Season Seven with an upgraded version of the championship winning car and introduce the DS E-Tense FE21 at the Rome E-Prix. Season Seven is a new challenge for us but our objectives remain the same – fighting for victories and titles.”

Formula E’s reigning Champion, Antonio Felix da Costa, said that his title win has only spurred him on to fight for more and he has his sights set on being the first Formula E World Champion.

“To have won my first Formula E title has given me so much more fire to win another one,” said da Costa. “JEV and I, and all the other Formula E drivers who do give us a good run for our money, are going to have some epic battles this season, that’s for sure and I can’t wait. We are going for that first World Championship title and we’ll do everything in our power to get there.

“I’ve always said that cars that look quick, are quick – and just look at the livery for this year. You wouldn’t want to see that in your wing mirrors! I really can’t wait to show you guys what we’ve been working on, it won’t be in Valencia but do keep an eye out in Santiago. We’ll be going for it!”

Jean-Eric Vergne echoed da Costa’s confidence, saying he was “extremely excited” about what the team have in store for the upcoming season.

“Since I joined DS Techeetah four years ago,” said the double-champion. “I’ve seen first-hand how this team always continues to improve itself. Our Season Six results proved our competitiveness, and I am extremely excited to show what we’ve got in store for Season Seven.

“We always aim to keep improving and re-inventing ourselves, our approach and most importantly our long-term vision. The team did an incredible job and I look forward to testing again in Valencia ahead of the season opener next January in Santiago.”

Mark Preston, Team Principal of DS Techeetah, added that, given the winning mentality lies at the heart of the team, aiming to be the inaugural World Champions is the least the team can do.

“What a season we had this year!” said Preston. “These are memories that we will cherish forever, but as we look back with warmth and pride in our hearts, the team is already looking ahead and have been rather busy behind the scenes with the preparations for Season Seven.

“If you look at the results from the previous two seasons, we couldn’t really aim for anything else but another double championship win, but this time as the first World Champions of Formula E.

“I want to take this opportunity to thank the partners who have been with us along the way and extend a warm welcome to the partners who have joined us for the coming season. Our partners play a pivotal role in our team, both technically and financially, and our partnerships are based on the mutual goal of continuous evolution and a will to be the best in what we do.

“That winning mentality is key for us as it echoes everything that we do, and it lives within our partners, suppliers, team and beyond. That is what we are taking with us into Season Seven and we are feeling very well equipped and strengthened by their involvement.”