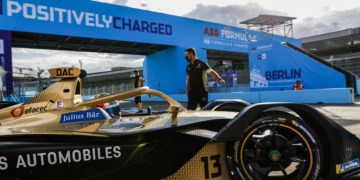 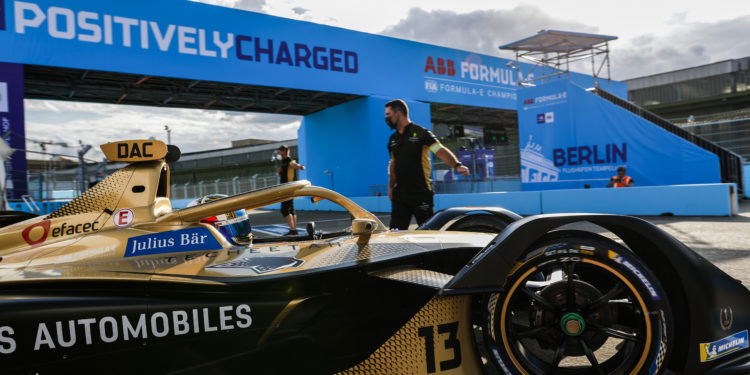 The ABB FIA Formula E Championship’s sixth season got back underway in Berlin today with shakedown before tomorrow’s first of six races in nine days.

Formula E announced that, as of Monday, of the 1,423 Covid-19 tests that had been carried out there were two positive cases confirmed. Inside Electric revealed that Mahindra Racing’s Team Principal, Dilbagh Gill, is one of those.

While Gill is unavailable at the track Mahindra’s Team Manager, David Clark, and Chief Race Engineer, Toni Cuquerella, will shoulder his responsibilities.

Cars were back on track together for the first time in over five months, shakedown seemed to go smoothly and the drivers got their first chance to experience the Tempelhof circuit in reverse.

Oliver Rowland will have to deal with a 20 place grid penalty for the first of the Berlin races after the Nissan e.dams team had to change his inverter. A TVS diode in the inverter had been broken due to an “external overcharge”.

Formula E’s Positively Charged campaign will be officially launched at 8 o’clock this evening during a live stream on the series’ social accounts. Inspired and aligned with the FIA’s Purpose Driven movement, Positively Charged is the Formula E initiative to promote diversity and stand against racism. 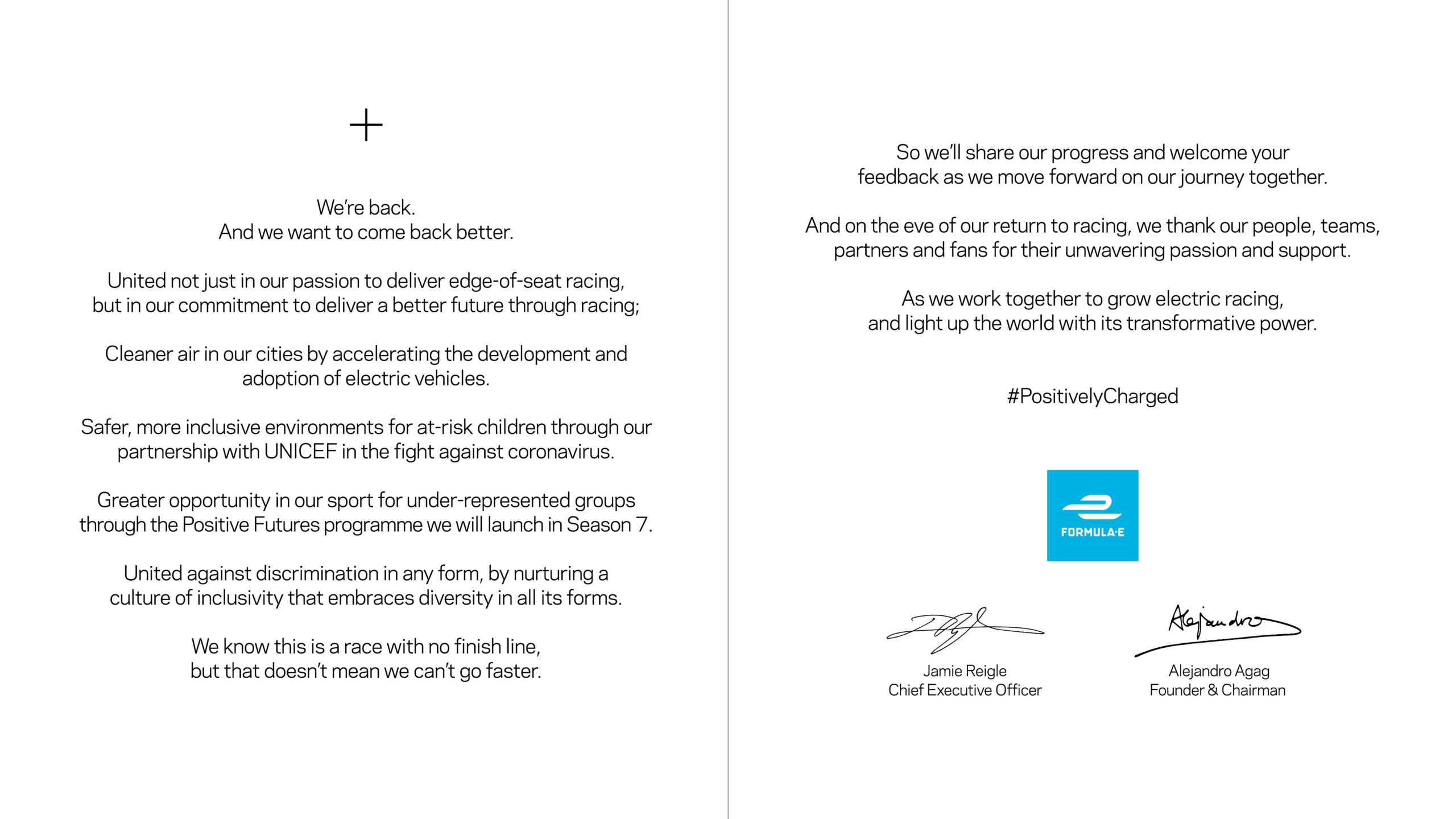 There are a few new helmet designs to be seen around Tempelhof Airport as Daniel Abt, Stoffel Vandoorne, Jean-Eric Vergne, Nico Mueller and Sam Bird all arrived with fresh artwork. Mueller has gone for the carbon base look, Vandoorne and Abt for slogans, Vergne as a tribute to his karting hero, while Bird has fallen to the dark side.

Check out the gallery below to see the new looks.