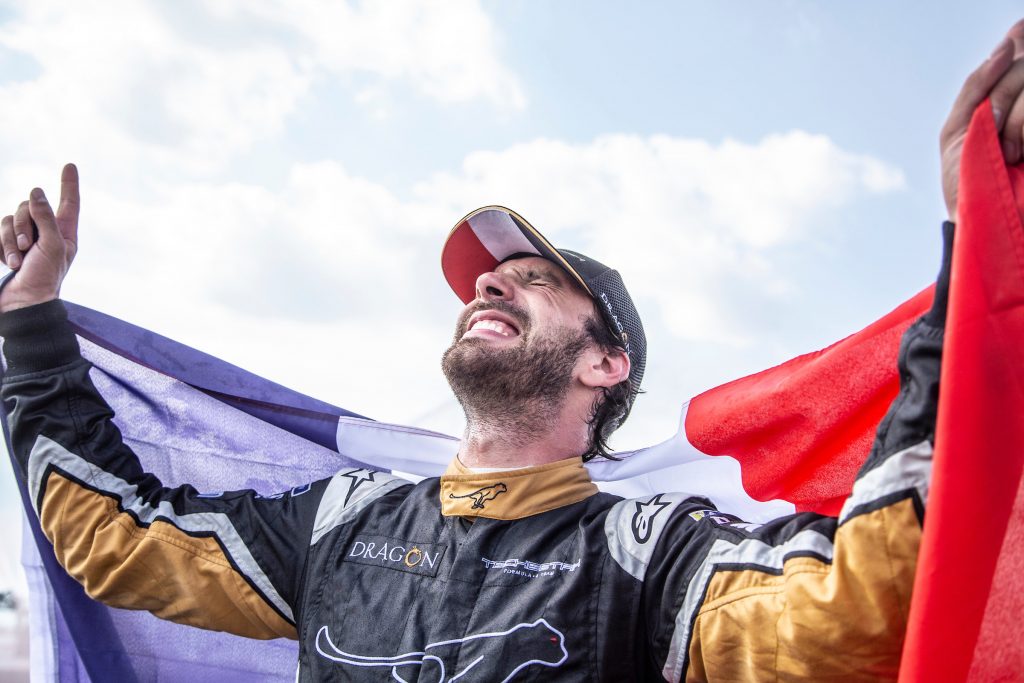 Vergne was fifth in the first race of the double header finale, which provided enough of a gap in the standings to his main rival DS Virgin’s Sam Bird to wrap up the title a race early.

“This is the thing, because we’ve worked so hard this year, it’s incredible,” he said.

“I think I’ve had more than 70 days in the simulator, uncomfortable hours which was crazy but when you win it, when you get the work done and the success coming with it, it feels incredible.

“All the guys in the team should feel really proud of themselves. No days of testing to beat the big guys this year was honestly that I didn’t think was possible at the beginning of the year. But with the hard work, sticking together and not making mistakes, or as few as possible, was key this year.”

Vergne added the race was difficult as he had to come up from 18th on the grid after a software glitch caused him to exceed the maximum power output in qualifying, for which he was excluded.

“It was a difficult race. As a team there’d been a big mistake this morning. That should not have happened.

“Obviously I was very angry after quali because removing your fastest time, especially that it was pole in group qualifying one which was really amazing.

“I got very angry and then we had a meeting with mechanics and engineers and said, ‘Look, whatever happens, there is nothing I can change about it and nothing we can change in the race, right now we have to focus on the race and do the best job we can and try to win the title tonight’.”

Techeetah team principal Mark Preston said that he did not believe winning the title on Saturday would be possible after a disaster qualifying:

“We thought it would go another day anyway, but the guys did everything right in the race, worked together and did a great job on pit stops and everything. It’s a testament to everybody’s hard work over the year and it’s getting better all the time.

“If you look at football or anything, it’s always a package. You can’t have a good goalkeeper and no strikers. If you don’t have a total package, sometimes the package is more important than one particular element.

“Potentially we’ve got more of a package than anybody else, maybe that’s the summary. It can’t be anything else because we’ve just done as many things as we can right and other people have had problems and we haven’t had as many as them.

“That’s what it’s all about, the numbers way in some ways but JEV’s done a great job inspirationally for the team and enthused everybody and kept everybody pushing.”

Bird congratulated his opponent and said that he felt he had lost nothing having gotten the maximum out of his season:

“I think it’s been a great year with what we had underneath us. It’s been a super year.

“We’ve got 142 points and looking back I can’t think of getting more than 142 right now.

“Congratulations to JEV on a stellar year and we’ll come back fighting hard next year.”