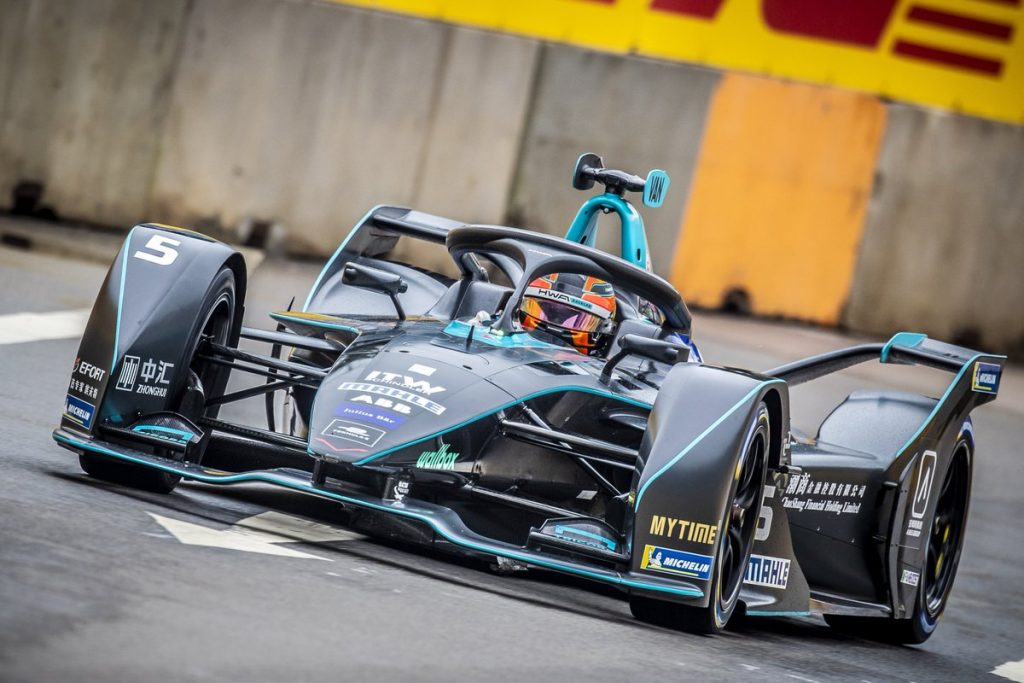 Ex-Formula 1 driver Stoffel Vandoorne beat Oliver Rowland to the 50th Formula E pole in Hong Kong, the first for him and HWA Racelab in the series.

Vandoorne led an HWA 1-2 in a wet group qualifying and a further shower prior to super pole meant conditions were the worst they had been all day. He set a 1:11.580 to eclipse Rowland by 0.323 seconds in the battle for a rookie pole.

It gives HWA its first points of its five-race FE tenure, moving it ahead of Geox Dragon to ninth in the teams’ championship, and marks the 2015 GP2 champion’s first pole since 2016 in Super Formula.

Edoardo Mortara qualified in third for Venturi but received a three-place grid penalty for speeding under red flag conditions, brought out by reigning champion Jean-Eric Vergne who spun his DS Techeetah out of the final corner and hit the wall. He had his lap time deleted as a result, leaving him 18th on the grid.

Mortara’s penalty promotes Andre Lotterer, as well as the second HWA of Gary Paffett and 2016/17 champion Lucas di Grassi who both made mistakes on their hot laps.

Santiago winner Sam Bird was seventh ahead of 2015/16 champion Sebastien Buemi, who set identical times but Bird being in the first group means he starts ahead of the Nissan e.dams driver.

Felipe Massa was ninth for Venturi, after running deep into the Turn 1 hairpin, with FP2 pacesetter Robin Frijns completing the top 10 for Envision Virgin Racing.

Daniel Abt in the second Audi Sport Abt Schaeffler was 12th ahead of Alexander Sims’ BMW Andretti.

Championship leaders Antonio Felix da Costa and the two Mahindras of Pascal Wehrlein and Jerome d’Ambrosio massively struggled for pace. Wehrlein out-qualified his more experienced team-mate but both were over three seconds slower than Vandoorne’s group qualifying time, locking out the back row of the grid.

Da Costa, who is second in the drivers’ championship to d’Ambrosio, was only 20th.