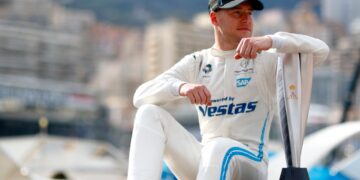 Vandoorne: Monaco “one of the most special races you can win”

Vandoorne: Monaco “one of the most special races you can win” 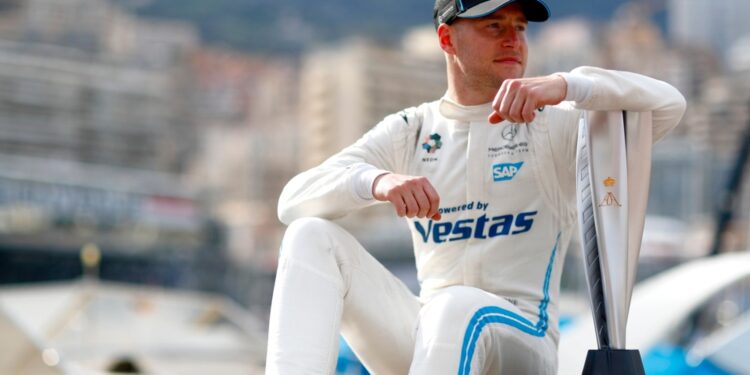 Monaco E-Prix – Stoffel Vandoorne finally took his first win of the season after playing the long game saw him able to hold onto the lead at the end.

After his two poles this season have only led to the lower steps on the podium, Vandoorne’s first win of the year came at the most special of tracks and from a second row start. In his pre-podium interview, the Mercedes driver was delighted with the outcome and joked that his plan to ignore another pole in favour of victory worked out well.

“It’s an amazing feeling, I mean Monaco!” Vandoorne enthused. “It’s one of the most special races you can win as a driver. Last year we had a tough time here, this year we really managed to turn it around and the target was to qualify at the front and then I knew we would be in the mix and that’s exactly how the race panned out.

“I feel like I’ve been fighting at the front all season already, and I’ve had a few pole positions, but couldn’t quite convert them into victories so this weekend I decided not to qualify on pole and go for the victory instead, so that strategy worked.”

Playing the long game seemed to be the order of the day, with a very calm start to the race and no crazy moves being attempted in the opening portion. Vandoorne said that those early laps, and the energy he managed to save behind the others during them were what sealed the victory for him.

“The race was kind of just playing the long game you know, I saw Mitch and Pascal weren’t really running away at the start and I managed to actually save quite a bit of energy in the early couple of laps so that really helped me, especially when I got into the lead. And then I was just able to kind of build a gap, take that second attack mode and yeah, and [retain] that lead.”

Not only was this Vandoorne’s first win of the year but it also means that he now leads the championship standings by six points. But there’s no room for mistakes and consistency is key as there are currently four drivers in contention and only separated by ten points.

“I’ve been scoring consistently like JEV as well. I mean, Mitch now is on a very good run as well. And Robin, he was again kind of there today. So I think it’s just important to keep scoring points to not lose ground and I just knew that at some point my turn will come and yeah, I’m glad it happened here in Monaco.”

Looking ahead to the next race, a double-header in Berlin in a fortnight, Vandoorne says it has been a good track for Mercedes in the past, but it can also be a very tricky circuit to contend with thanks to the concrete surface of the old Tempelhof Airport.

“I think we should be quite confident,” Vandoorne said. “It’s a track where I’ve previously won, I had my first victory there in Formula E and historically we’ve been doing quite well. But it’s also one of those circuits where you really got to nail it on the moment itself with the concrete that they have there of the old airport so, you can’t take it for granted.”

A message from today’s race winner👇