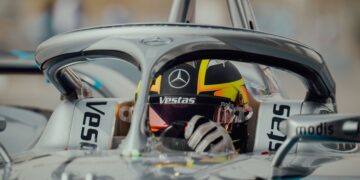 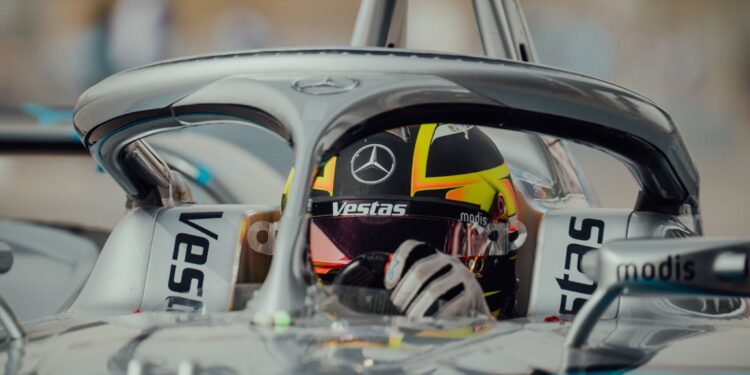 Formula E’s opening round of season 8 is the first time the series’ new qualifying format will be used. The new system will see the drivers split into two groups, usually those in the odd numbered championship places in group A and the even numbered in group B, but today each team will have one driver in each group.

After 12 minutes of track time per group, the top 4 per group head into the quarter finals, the start of three rounds of knockout duels. The winner of the final takes pole, with the runner up P2. The semi-finalists take P3 and P4 depending on who had the faster lap time, while the quarter-finalists take P5-P8, again lining up depending on lap times. For the remaining positions, P9-P22, the group that the polesitter started in will take the odd numbered grid slots, while the other group the even ones.

There wasn’t any wasting time at the start of the 12 minute session with all drivers headed out within the first couple of minutes. With the first lap times on the board it was Dragon/Penske’s Sergio Sette Camara sitting on the top of the pile with a 1:10.482, but the times then ducked into the 1:09s, with Robin Frijns.

At the half-way point of the session, all but Lucas di Grassi were back in the pitlane with the Venturi driver improving to P3 while all was quiet. The Brazilian continued on track when the others returned to the track but that didn’t stop di Grassi’s progress as, with a couple of minutes on the clock, he moved up to P1 with a 1:09.617.

In a hectic final few minutes, with all drivers on track, Vergne lost time behind Frijns, and failed to improve enough and it ended with Frijns, Bird, Vandoorne and, the quickest man in both practice sessions, Rowland jumping ahead of di Grassi to take the quarter final slots.

Nick Cassidy was the final driver out onto the track, staying in the Envision garage for the first three minutes of the session. The first lap times in were slower than the first group, with 1:14s but that was soon brought down to 1:09s, however unlike the knockout stages, it’s positions rather than times that are important.

As with group A, the drivers returned to the pits half-way through the session to change tyres and prepare for their final lap attempts. Edoardo Mortara’s day ended in the wall at T1, after locking up or potentially a brake failure (which was an issue for Mercedes powered cars at the track last year and saw them sit out qualifying while they investigated).

Mortara’s crash brought out a Yellow Flag in there but the other drivers were still able to complete their laps, with some even improving. It ended with de Vries, Cassidy, Dennis and Lotterer as the top four, so they will progress and compete for pole.

There was a slight delay while Mortara’s Venturi was cleared and the barriers repaired. The driver himself was unharmed and had returned to the garage.

QF1 was Lotterer vs Frijns. The Porsche driver was first out with the Envision car joining the track a bit further back. Lotterer though progress with his time just less than a tenth quicker than the Dutchman.

QF2 Bird vs Dennis. Dennis was out on track first and putting in the faster time, 0.170 seconds ahead and will progress to the next round.

QF3 Cassidy vs Vandoorne. Cassidy had looked the faster during the lap, but couldn’t keep the pace and lost out to the Mercedes, however Cassidy’s time was quicker than his teammate, Frijns and so will start ahead of him.

QF4 de Vries vs Rowland. Big lock up and slide for the Mahindra driver, but it was de Vries, with a lead over seven tenths quicker, who progressed.

SF1 Lotterer vs Dennis. Lotterer sliding on his lap while behind, Dennis’ advantage just grew with each sector. A very pleased Andretti team telling Dennis on the radio afterwards that: “you wiped the floor with him buddy”.

SF2 Vandoorne vs de Vries. Vandoorne was out first on the track and a tenth down on his teammate after the first corner, however it was a messy lap from the reigning champion with mistakes and impressively held slides. The Belgian’s tidy lap though saw him through to the final.

The Mercedes car headed out on track ahead but it was the Andretti with the advantage at the start. However Dennis made a mistake in T6 and then tapped the wall in the second sector, he knew it would cost him, shaking his head in the car. While the Andretti driver did improve in the remainder of the lap, he couldn’t make the time back and pole went to Vandoorne.

De Vries will line up P3 after his semi-final time was better than Lotterer. Bird, Cassidy, Frijns and Rowland will slot into the P5-P8 positions due to the times they set in the quarter-finals.

As Vandoorne started in Group A, that means that that group will take the remaining odd numbered positions meaning that di Grassi will line up in P9 ahead of Guenther in P10.